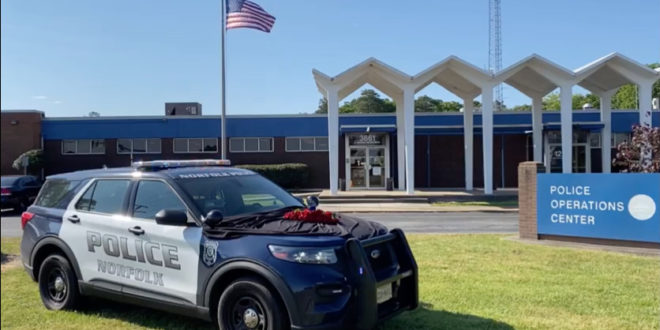 “I am aware of the allegations leveraged against an officer of this department and have directed an administrative investigation to ensure department policies and procedures were not violated.” – Norfolk Police Chief Larry D. Boone— Norfolk Police Dept (@NorfolkPD) April 16, 2021

“City Manager Chip Filer has accepted the recommendation of Norfolk Police Chief Larry D. Boone and Lieutenant William Kelly has been relieved of duty.  From the Official website of the Norfolk Virginia Admin

“’I have reviewed the results of the internal investigation involving Lt. William Kelly.  Chief Larry Boone and I have concluded Lt. Kelly’s actions are in violation of City and departmental policies. His egregious comments erode the trust between the Norfolk Police Department and those they are sworn to serve. The City of Norfolk has a standard of behavior for all employees, and we will hold staff accountable,” said Chip Filer, Ph.D. City Manager.

“On April 16, 2021, Lt. Kelly was initially placed on administrative duty after reports were made that he donated (Note $25 according to Fox which interviewed Lt Kelley) and expressed support for the actions of Kyle Rittenhouse, who is charged with multiple felonies, including homicide.

“’I want the residents of Norfolk to know that their police department will represent and uphold our organizational values of Service, Honor, Integrity, Equality, Leadership, and Diversity. A police department cannot do its job when the public loses trust with those whose duty is to serve and protect them. We do not want perceptions of any individual officer to undermine the relations between the Norfolk Police Department and the community. I ask the community to continue to support the officers of the Norfolk Police Department as in the past knowing that right now, at this moment, they are continuing to serve and protect them.” said Chief Larry D. Boone.

Lt. Kelly is afforded the right to appeal the decision in accordance with the City of Norfolk grievance procedure and applicable law. End of City Release

Fox News in an exclusive interview with the officer that was nearing his 20 years of service qualifying him for his retirement and offering health insurance. His wife has cancer and the health care is critical. Fox quoted Lt Kelley:

“I thought I was a free man in America expressing his personal opinion to somebody, giving some words of encouragement and making a simple donation,”

Kelly, 42, said he donated to a GiveSendGo account to benefit Rittenhouse, now 18, at the end of summer 2020. He registered an account using his official police department email while off duty, but said his donation was anonymous according to Fox. He made a note upon donating:

“God Bless. Thank you for your courage. Keep your head up. You’ve done nothing wrong. Every rank-and-file police officer supports you. Don’t be discouraged by actions of the political class of law enforcement leadership.”

That was in April. Apparently a data breach revealed the sources of the donations. Lt Kelly found out in a news journal about his name being mentioned, called his Chief and thought the case was over.

“I remember asking, before we began the statement, what I was being investigated for. And they told me that it was going to be for using a city email account for personal business. And then later on, they said it could possibly be something about conduct unbecoming,” he said. “Being in internal affairs, as a sergeant and as lieutenant, I knew that those weren’t things that ended people’s careers.”

He attempted to contact the police Chief. By Monday he was out of a job.

Lt Kelly is seeking a grievance as he was fired without due process according to the Department procedure.

For the entire story visit FOX.