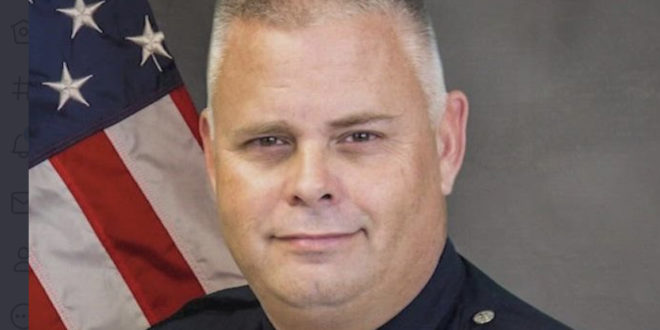 Cpl. Charles pulled over a white Toyota Avalon said to Harris County Constable Ted Heap. The man driving the car exited the vehicle and gunned the officer down, killing him:

“In Mourning….Constable Ted Heap and our entire Precinct 5 family mourn the loss of Corporal Charles Galloway, who was shot and killed this morning in Southwest Houston.At approximately 12:45 a.m., Corporal Galloway was attempting to make a traffic stop in the 9100 block of Beechnut. The driver exited the vehicle and fired repeatedly at Corporal Galloway’s patrol car. Deputy Galloway was struck multiple times and died on the scene.

“Corporal Galloway did not have an opportunity to defend himself in this brutal attack,” said Constable Heap. “We cannot have people like this on our streets. I do not want to raise my family, my grandchildren, in a county where this type of crime is running rampant.

“The suspect is described as a young Hispanic male. He is driving a newer-model, white Toyota Avalon. Corporal Galloway joined our Precinct 5 family in 2009, serving the residents of Harris County for more than 12 years, most recently in our Toll Road Division, where he served as a Field Training Officer.

“He was 47 years old.”Corporal Galloway was very much loved by the men and women he served with,” said Constable Heap. “There’s a lot of broken up officers who he meant a lot to in their lives.”The Houston Police Department is handling the investigation into Corporal Galloway’s shooting. Funeral services are pending.

In New York: Police Officer Jason Rivera, 22 was gunned down in Harlem.

A third NYPD officer on the scene of the deadly police-involved shooting in Harlem.Rookie Officer Sumit Sulan is being hailed as a hero. Sources say the 27-year-old was in training under Officer Wilbert Mora when they responded to the call Friday night, along with Officer Jason Rivera.After Mora and Rivera were shot, officials say the suspect emerged from a hallway, still armed with his gun. Sulan fired back at the suspect, striking him twice.

Mora is still in grave condition at Harlem Hospital, and Rivera died of his injuries. His wake will be held Thursday at St. Patrick’s Cathedral, followed by his funeral Friday.The suspect, Lashawn McNeil, also remains hospitalized.

Previous First USAF-remotely piloted flight of an Vertical Takeoff and Landing vehicle
Next U.S. to Mali: Hundreds of lawless Mercenaries in country says US Commander