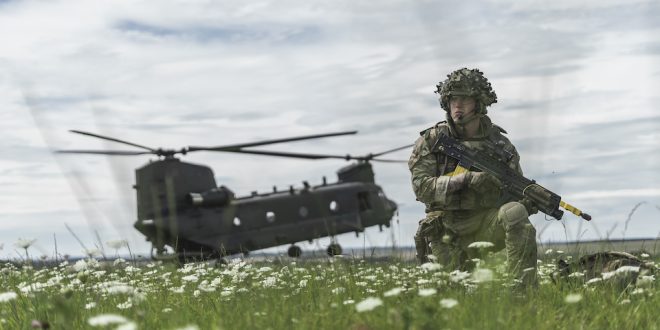 The first integration exercise with the Light Dragoons and Royal Anglians prior to their deployment to Mali as part of the UN stabilisation mission took place on Salisbury Plain. In recognition of the increasing instability in the Sahel region, the UK Government has authorised a large-scale British peacekeeping deployment to Eastern Mali. Based in Gao, 250 personnel will deploy in response to a UN requirement and will address a key capability gap for the UN Mission. U.K. MOD Copyright

U.S. to Mali: Hundreds of lawless Mercenaries in country says US Commander

The head of the U.S. Africa Command says security threats are growing across the continent. In his first on-camera interview since taking command two years ago, Gen. Stephen Townsend spoke with VOA Pentagon Correspondent Carla Babb about his increasing concerns, including the spread of violent extremist groups, the role of Russian mercenaries, military inroads by China and threats from Iran.

UPDATE: U.S. , Allies to Mali: No Russian Mercenaries, We Want to talk about Build Back Better World

Potential Deployment of the Wagner Group in Mali

We are alarmed by a potential deployment of Russia-backed Wagner Group forces in Mali.  We understand that the reported deal — costing $10 million per month — diverts money that could be used to support the Malian Armed Forces and public services to pay for the deployment of Yevgeniy Prigozhin’s Wagner Group forces to Mali.  Wagner forces — which are known for their destabilizing activities and human rights abuses — will not bring peace to Mali, but rather will destabilize the country further.

Yevgeniy Prigozhin is sanctioned by the United States, the United gKingdom, and the European Union in connection with his dealings with the Russian Federation Ministry of Defense and his efforts to subvert U.S. democratic processes.  The Wagner Group, which is also sanctioned by the United States, has been implicated in abuses and actions that threaten the peace, security, stability, sovereignty, and territorial integrity of the Central African Republic (CAR).  For example, in CAR, Wagner elements carried out extrajudicial killings of members of predominantly Muslim Peuhl communities.

The EU sanctioned the Wagner group and 11 of its associates on December 13 for its destabilizing activities in Ukraine, Libya, CAR, and Syria.

Countries that experience Wagner group deployments within their borders soon find themselves poorer, weaker, and less secure.  The cases of Libya, CAR, Ukraine, and Syria are examples of the detrimental impact of Wagner Group deployments.

In these places Wagner forces stoked conflict and increased insecurity and instability, causing the deaths of local soldiers and civilians and undermining national sovereignty — all while depleting the national treasury and diverting essential resources that could have been used to build the capabilities of the countries’ own armed services.

We urge the transitional government in Mali not to divert scarce budgetary resources away from the Malian Armed Forces’ fight against terrorism.  The wealth of the country — including mining concessions — should benefit the Malian people, and not be mortgaged to unaccountable foreign forces with a record of abusing local populations and undermining host nations’ control over their own territory.

Furthermore, the invitation to Wagner Group would disrupt efforts by the international community to support the fight against terrorism and could put at risk the contributions of more than 20,000 international peacekeepers and troops who serve Mali at no cost to the people or government.

We, the international partners committed to supporting Mali and its people in their efforts to achieve sustainable peace and stability and combat terrorism, firmly condemn the deployment of mercenary troops on Malian territory. This deployment can only further deteriorate the security situation in West Africa, lead to an aggravation of the Human Rights situation in Mali, threaten the Agreement for peace and reconciliation in Mali resulting from the Algiers process, and hamper the efforts of the international community to ensure the protection of civilians and to provide support to the Malian armed forces.

We deeply regret the choice of the Malian transitional authorities to use already scarce public funds to pay foreign mercenaries instead of supporting the Malian Armed Forces and public services to the benefit of the Malian people.

We are aware of the involvement of the Russian Federation government in providing material support to the deployment of the Wagner group in Mali and call on Russia to revert to a responsible and constructive behavior in the region.

We recall ECOWAS decisions and their concern about the risk of instability for the region should private security companies deploy in Mali, (sixtieth ordinary session in Abuja, 12 December 2021). We also recall the adoption by the European Union of a set of restrictive measures against the Wagner group itself, and against eight associated individuals and three entities connected to it (Foreign Affairs Council on 13th December 2021) involved in serious human rights abuses, including torture and extrajudicial, summary or arbitrary executions and killings, or in destabilizing activities in some of the countries they operate in.

We will not give up our efforts to address the needs of the Malian population. In line with the objectives of the international Coalition for the Sahel, we reaffirm our commitment to continuing efforts to protect civilians, to support the fight against terrorism in the Sahel and help build long-term stability by supporting sustainable development, respect for human rights and the deployment of public services. We will continue to closely follow and assess the situation.

We urge the Malian transitional authorities to undertake reforms and to restore constitutional order, through the timely preparation and organization of elections, as they have committed to before the Malian people, ECOWAS and the international community. We fully support recent decisions by ECOWAS in that regard.

U.S. Secretary of State Antony Blinken earlier warned Mali in a press conference he does not want mercy there.

(NOTE: Blinken earlier said: “I would only add that I think it would be especially unfortunate if outside actors engaged in making things even more difficult and more complicated, and I’m thinking particularly of groups like the Wagner Group in Mali.  But we are looking for Mali to move forward on its transition, and we will work very closely with partners in Africa, with other partners, including France, in support of that effort.”

“And speaking of Build Back Better, we have Build Back Better World, which is a program that was announced at the G7 by the President and our G7 partners to make significant investments in infrastructure, including in Southeast Asia and the Indo-Pacific but as a race to the top, not a race to the bottom, an affirmative vision of what those investments can and should be, making sure that as they’re made, countries don’t assume a huge debt burden that they can’t afford, that we make sure that projects are done to the highest standards with respect for the environment; for workers, that we actually transfer knowledge and skills as we’re doing it, that we allow local workers to build things and don’t import our own.”

Mali’s government said on December 23 that “Russian trainers” were in the country as part of efforts to strengthen the operational capacity of the national security forces. Mali has experienced sustained political instability since 2012. A military transitional government took power in May, RFE reported.

Russian Foreign Minister Sergei Lavrov says the military junta in Mali has turned to “private Russian companies” for help in its fight against Islamist insurgents in the Western African country. By RFE/RL

“This is activity which has been carried out on a legitimate basis,” Lavrov said during a press conference at the United Nations headquarters in New York on September 25. “We have nothing to do with that.”

The move comes despite warnings to Mali’s military junta by the European Union, France, and Germany against hiring the Russian private security firm Vagner to fight against Islamic militants.

Vagner is believed to be controlled by Yevgeny Prigozhin, a close associate of Russian President Vladimir Putin.

The group has been active for several years in combat operations in different countries — including in Syria, Libya, Sudan, and the Central African Republic.

The group’s presence in Africa has been growing in recent years as the Kremlin seeks to expand its international influence amid a global retrenchment by Washington, analysts say.

After overthrowing Keita, under the threat of sanctions, the military junta appointed an interim civilian government that was tasked with steering the country back to democratic rule by holding elections in February 2022.

But army strongman Colonel Assimi Goita overthrew that government in May and was later declared interim president.

Although Goita has pledged to respect the February 2022 deadline for civilian elections, observers say the likelihood of the vote taking place on schedule is increasingly in doubt.

But with Paris planning to reduce its troop numbers across the region by early 2022, the military junta has accused France of “abandonment.”

It has said “everything had to be considered to secure the country.”

Germany has also warned that it will reconsider its deployments in Mali should the government strike a deal with Vagner.

The European Union’s foreign policy chief Josep Borrell also warned earlier this week that the EU’s ties with Mali could be seriously affected if it allows Russian private military contractors like Vagner to operate there.

With reporting by Reuters, AFP, RIA news, and Interfax

Previous Officers Gunned Down
Next Iraq Veteran Gabbard on AG: “You are an enemy of the state if you are against the president or his policies” 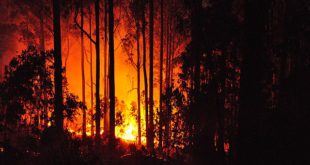