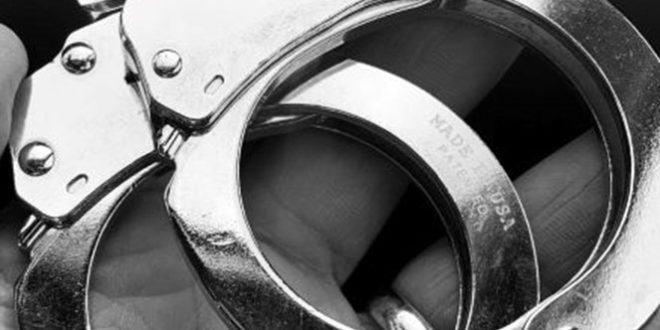 Russia’s Foreign Ministry said on April 27 that the swap was the product of “a lengthy negotiation process,” with Reed leaving the country from Moscow’s Vnukovo Airport.

Minutes after the announcement, U.S. President Joe Biden confirmed that Reed was on his way home, and “is free from Russian detention.”

The prisoner swap marks the highest-profile release during the Biden administration of an American deemed wrongly detained abroad and comes as Washington and its Western allies have hit Russia with crippling economic and financial sanctions that have left relations at post-Cold War lows.

“The negotiations that allowed us to bring Trevor home required difficult decisions that I do not take lightly,” Biden said.

He did not elaborate, but added that Washington “won’t stop” until other Americans being held in Russia, including another former U.S. Marine, Paul Whelan, are also freed.

Reed, a 30-year-old from Texas, was jailed in 2020 after being convicted of assaulting two Russian police officers in 2019. Reed denied the allegations, while the United States questioned the fairness of the proceedings, calling his trial a “theater of the absurd.”

Reed’s lawyer, Sergei Nikitenkov, said the exchange was not based on a clemency move, adding that his client continued to consider himself not guilty.

Yaroshenko was arrested in Liberia in 2010 and rendered to the United States. The following year, he was convicted of smuggling cocaine in his planes to destinations in South America, Africa, and Europe and sentenced to 20 years in prison.

Yaroshenko’s lawyer, Aleksei Tarasov, said that the exchange was conducted through an unspecified third country.

Reed served his sentence in Mordovia, a region about 350 kilometers east of Moscow with a long reputation for being the location of Russia’s toughest prisons, including Soviet-era labor camps for political prisoners.

In recent months, Reed went on two hunger strikes to protest prison conditions, including being placed in in solitary confinement.

His parents had voiced concern that he may have contracted tuberculosis and that his health has been fragile.

Russia had sought Yaroshenko’s return for years. He has denied any wrongdoing and called the case against him “fabricated.”

Several high-profile Americans remain behind bars in Russia, including Whelan, who was sentenced by a court in Moscow to 16 years in prison in May 2020 on espionage charges. U.S. officials have called that ruling a “mockery of justice.”

Whelan is also serving his sentence in a separate prison facility in Mordovia.

Another American whose detention by Russian authorities has drawn criticism is women’s basketball star Brittney Griner, who was arrested in February at a Moscow airport after authorities said a scan of her luggage revealed vape cartridges containing hash oil.

Griner, who played for a Russian professional basketball team, could face up to 10 years in prison if convicted on drug charges. She’s pleaded innocent.