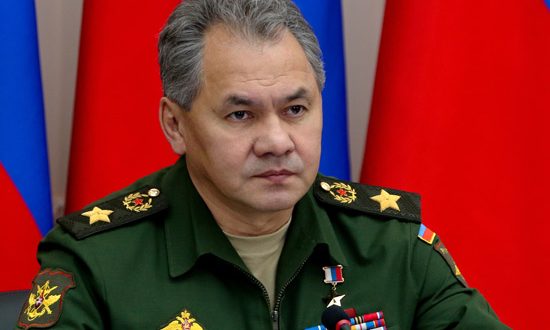 Russian Troops Ordered to Retreat From Parts of Kherson

Russian Defense Minister Sergei Shoigu ordered Russian troops to withdraw from the right bank of the Dnieper River in the partially occupied Kherson region of Ukraine. The move is another retreat amid a number of setbacks for Moscow on battlefields in Ukraine’s east and southeast.

Shoigu said at a meeting with the commander of Russian troops in Ukraine, Army General Sergei Surovikin, on November 9 that the withdrawal must be implemented in “the nearest future.”

“The lives of the Russian military personnel are always a priority for us. We must also take into account threats imposed on the civilian population and make sure that all civilians who chose to leave can do so. We also need to start withdrawing the troops and undertake all necessary measures to secure the move of military personnel, arms, and equipment to the other side of the Dnieper,” Shoigu said.

Shoigu’s order was a reaction to Surovikin’s report saying that the troops under his command are ready to carry out “a maneuver.”

“The maneuver of the troops will be implemented in the immediate future. Military units will occupy defense frontiers and positions on the Dnieper River’s left bank prepared by our engineers,” Surovikin said.

Moscow and Russia-installed officials in Kherson have said for weeks that they are evacuating residents of Kherson to “other parts of the Russian Federation.”

Kherson is considered by many military analysts to be the most important of the four partially occupied Ukrainian regions that Russia announced as annexed in September.

It controls both the only land route to Ukraine’s Russia-annexed Crimean Peninsula and the mouth of the Dnieper River that bisects Ukraine.

Moscow described previous retreats of Russian troops from areas close to Ukraine’s capital, Kyiv, and the eastern region of Kharkiv as “a good will gesture” and a “regrouping.”

Previous Inside the Circle of Death, We Got Hit by An IED – And Garrison Bullshit From ‘Old Stinkeye’
Next Chesty Puller: A Legend Among Marines