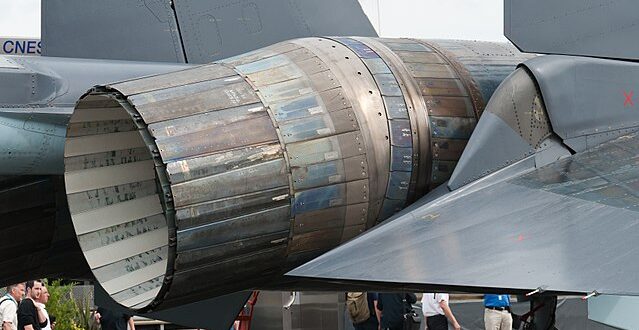 In late June 2019, a Russian man named Yury Orekhov met in a European hotel with a businessman representing a California-based company involved in consulting and logistics. Orekhov, the co-owner of a German industrial equipment and commodities trading company, told the businessman that he wanted to buy U.S. components to be used in a Russian Sukhoi fighter jet.

According to a U.S. federal indictment unsealed last week, Orekhov allegedly told the unnamed businessman that the paperwork would have to be falsified to show a fake Malaysian company was the purchaser, in order avoid U.S. export restrictions.

Not long after, a Russian woman who worked for Orekhov followed up with the businessman, requesting help to buy sensitive military technologies including “tactical air navigation interrogators and multi-mode receivers, radiation-hardened, military-grade two-terminal temperature transducers.”

The sale never went through, according to U.S. prosecutors — but others arranged by Orekhov’s company did, including “a variety of sensitive, military-grade technologies in five transactions totaling over $250,000” purchased from a New York company between 2018 and 2020.

Those and other details were listed in the indictment dated September 26 but unsealed in October, charging Orekhov and four other Russian citizens with a complex, multiyear scheme to secretly obtain U.S. military technology and circumvent export restrictions. Two other people were also charged in an unrelated scheme to sell Venezuelan oil.

The indictment offers a glimpse into how Russia has struggled for years, if not decades, to acquire sensitive Western technology and military hardware: everything from night-vision goggles for soldiers to powerful computer chips for advanced fighter jets.

How successful the effort has been is an open question. According to news reports and military analysts, sensitive Western technologies are widely employed in Russian weaponry and military equipment.

“Russia’s multibillion-dollar, decades-long military modernization program has depended on the extensive use of microelectronics manufactured in the U.S., Japan, Taiwan, South Korea, Switzerland, the Netherlands, the U.K., France, and Germany,” according to a report published in August by the Royal United Services Institute, a London-based think tank.

Orekhov was arrested in Germany on October 17, and U.S. prosecutors said they will seek his extradition. E-mails seeking further comment sent to his company, based in Hamburg, Germany, were not immediately replied to.

According to U.S. prosecutors, the indictment against Orekhov and his associates is based in part on the discovery of U.S. technologies found in Russian equipment that was seized in Ukraine — technologies that were sourced from several of the U.S. companies that were approached by Orekhov.

“What’s being alleged here is pretty much garden-variety sanctions evasion, things the North Koreans or Syrians have done,” said Brian O’Toole, a former U.S. Treasury Department sanctions official. “Setting up a front company in Dubai isn’t a new or clever idea, nor do I see it as uniquely Russian.”

The Kremlin has recognized for years that reliance on Western technology has been an Achilles’ heel for its armed forces. Modernizing the country’s economy, and encouraging more investment and entrepreneurship in the fields of computing and high-technology, was largely the motivation behind the creation of Skolkovo, a pet project in the late 2000s under then-President Dmitry Medvedev.

That effort came under scrutiny early on by the FBI, which issued an unusual public warning singling out Skolkovo, suggesting foreign governments might be using private companies to acquire critical technologies.

Those partnerships with the West were strained after Russia seized Ukraine’s Crimean Peninsula in 2014 and funded and equipped a separatist insurgency in Ukraine’s eastern Donbas region. The West imposed sweeping sanctions on Russia in response.

The Kremlin, meanwhile, sought to scale back the extent to which Russia’s modernizing military relied on Western technology acquired legally or illegally.

According to an internal Russian government review seen by Bloomberg, government officials put in place specific targets from 2019 to cut Russia’s dependence on Western parts for everything from submarines to radar to missile-defense systems.

But, according to the Bloomberg report, a review conducted by the Prosecutor-General’s Office in April 2021 — 10 months before the Kremlin launched a full-scale invasion of Ukraine — found the plan fell widely short.

“Import substitution in the defense industry remains a problem,” then-Prosecutor-General Yury Chaika said as early as 2019 — two years before the internal audit.

One such example, detailed in an investigation by RFE/RL’s Russian Servicein May, includes French thermal imagining arrays used in the sights of a Russian-built Orlan drone.

The majority of these, the report found, “were manufactured by U.S. companies with a long-standing reputation for designing and building sophisticated microelectronics for the U.S. military.”

Moreover, researchers said, “at least 80 different kinds of [these] components were subject to export controls by the U.S., indicating that Russia’s military–industrial complex has, in recent decades, been able to successfully evade these.”

The efforts by Orekhov, as detailed in the indictment, are one indication of how.

The 2019 meeting between Orekhov and the unnamed U.S. business executive was not the first effort to acquire restricted technology, as detailed by the indictment, which includes extensive quotations from “electronic communications” involving Orekhov and his associates.

The indictment contains no evidence that Orekhov was employed by Russian intelligence agencies. However, it does suggest connections to powerful, politically connected businessmen.

One of Orekhov’s co-owners of the Hamburg company, called NDA Gmbh, was a Russian citizen named Artyom Uss, whose father is reportedly the governor of Krasnoyarsk, a sprawling Siberian region.

According to U.S. prosecutors, both Uss and Orekhov also had connections to a “Russian billionaire and industrialist” who controlled a publicly traded Russian aluminum company.

On May 23, 2018, according to the indictment, an employee at Orekhov’s company allegedly sent an e-mail to a California company offering to pay 4.5 million euros to buy 60 “radiation-hardened, space-grade Field Programmable Gate Arrays.” The technology, prosecutors said, is used in a variety of weapons systems, including ballistic missiles and smart munitions.

The e-mail allegedly included an offer letter that did not reference the actual ultimate purchaser, a Russian company called Network Technologies, one of whose owners was included in the U.S. indictment.

According to an e-mail cited in the indictment, the Network Technologies’ owner wrote to Orekhov on April 3, 2018, saying that more than half of a previous shipment of sensitive equipment had been transferred to an entity called Scientific Research Institute for Precision Instruments.

The New York state company that Orekhov successfully purchased more than $250,000 worth of equipment from between 2018 and 2020 is not named in the indictment. But the items he allegedly managed to obtain are: “radiation-hardened flash memory devices, small terminal interface circuits, advanced communication engine terminals and other parts suitable for use in various weapons systems, military aircraft, satellites, and space applications.”

In the transactions, prosecutors said, Orekhov allegedly listed a Malaysian shell company or the Russian space agency Roskosmos as the end-user, which then allowed U.S. authorities to issue export licenses.

While the indictment highlights the issue of Russian individuals and companies allegedly conspiring to evade Western export sanctions, experts say the issue of U.S. companies facilitating such exports is equally problematic.

Private companies could face criminal liability “if they knew or have a reason to know,” O’Toole said in an e-mail to RFE/RL. “If they were simply duped, then they really are never (and shouldn’t be) held accountable. It’s not that hard to forge end-user certificates and other things needed for export documentation.”

The details of the scheme listed in the indictment, O’Toole said, aren’t necessarily novel or original.

However, he added, “what I’m looking for with Russia is more along the lines of the old ‘Line-X’ espionage that Putin hinted at in the last month or two, where they steal an essential technology idea or process and then try to recreate it in Russia.”

“That will take time and will never be as good as the Western tech, since they’re never developing, only recreating and imitating,” he said. The “reason they will need to go this route is that the front company gambit is a small pipeline for large demand. It won’t be enough to satisfy mass production needs.”

In a separate U.S. legal action, federal prosecutors announced charges against three people from Latvia and Ukraine for allegedly violating U.S. export controls by trying to ship a computer-controlled grinding machine to Russia.

The machine, known as a “jig grinder,” can be used in the manufacture of nuclear weapons or other military equipment.

Mike Eckel is a senior correspondent reporting on political and economic developments in Russia, Ukraine, and around the former Soviet Union, as well as news involving cybercrime and espionage. He’s reported on the ground on Russia’s invasion of Ukraine, the wars in Chechnya and Georgia, and the 2004 Beslan hostage crisis, as well as the annexation of Crimea in 2014. [email protected]