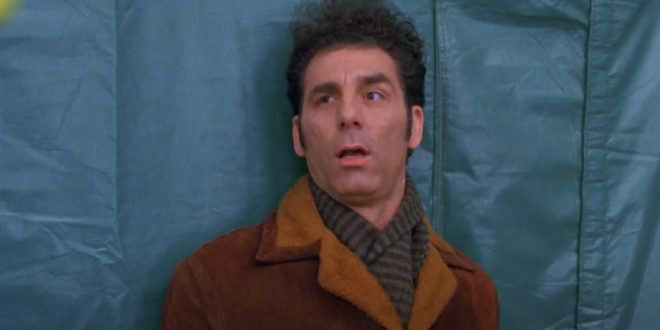 “Extremism can take many forms, but it’s important to understand that Seinfeld’s ribbon enforcers and the COVID bullies share a common trait. Both groups are absolutely convinced that what they are doing is good.”

How Seinfeld (Hilariously) Exposed the Creepy Authoritarianism of Aggressive Do-Gooders But one of the most instructive scenes—one fitting for our times—comes in “The Sponge,” when Kramer decides to participate in an AIDS walk to support charity. John Miltimore

The news about the number of AIDS cases is bad and getting worse, said Anthony S. Fauci, MD, Director of the National Institute of Allergy and Infectious Diseases (NIAID), speaking to a science writers association here last month.

“In the United States, 980,000 people are living with AIDS. In the world, 42 million people have the disease—29.4 million in sub-Saharan Africa alone.”