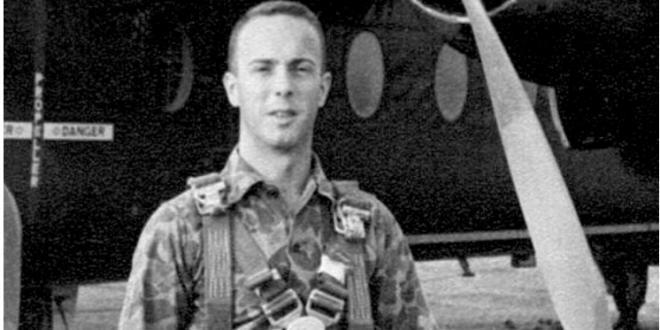 On October 9th, 1967, Ernesto “Che” Guevara was put to death by Bolivian soldiers, trained, equipped and guided by U.S. Green Beret and CIA operatives. His execution remains a historic and controversial event; and thirty years later, the circumstances of his guerrilla foray into Bolivia, his capture, killing, and burial are still the subject of intense public interest and discussion around the world.

As part of the thirtieth anniversary of the death of Che Guevara, the National Security Archive’s Cuba Documentation Project is posting a selection of key CIA, State Department, and Pentagon documentation relating to Guevara and his death. This electronic documents book is compiled from declassified records obtained by the National Security Archive, and by authors of two new books on Guevara: Jorge Castañeda’s Compañero: The Life and Death of Che Guevara (Knopf), and Henry Butterfield Ryan’s The Fall of Che Guevara (Oxford University Press). The selected documents, presented in order of the events they depict, provide only a partial picture of U.S. intelligence and military assessments, reports and extensive operations to track and “destroy” Che Guevara’s guerrillas in Bolivia; thousands of CIA and military records on Guevara remain classified. But they do offer significant and valuable information on the high-level U.S. interest in tracking his revolutionary activities, and U.S. and Bolivian actions leading up to his death. NSA

When Che Guevara was executed in La Higuera, one CIA official was present–a Cuban-American operative named Félix Rodríguez. Rodríguez, who used the codename “Félix Ramos” in Bolivia and posed as a Bolivian military officer, was secretly debriefed on his role by the CIA’s office of the Inspector General in June, 1975. (At the time the CIA was the focus of a major Congressional investigation into its assassination operations against foreign leaders.) In this debriefing–discovered in a declassified file marked ‘Félix Rodríguez’ by journalist David Corn–Rodríguez recounts the details of his mission to Bolivia where the CIA sent him, and another Cuban-American agent, Gustavo Villoldo, to assist the capture of Guevara and destruction of his guerrilla band. Rodríguez and Villoldo became part of a CIA task force in Bolivia that included the case officer for the operation, “Jim”, another Cuban American, Mario Osiris Riveron, and two agents in charge of communications in Santa Clara. Rodríguez emerged as the most important member of the group; after a lengthy interrogation of one captured guerrilla, he was instrumental in focusing the efforts to the 2nd Ranger Battalion focus on the Villagrande region where he believed Guevara’s rebels were operating. Although he apparently was under CIA instructions to “do everything possible to keep him alive,” Rodríguez transmitted the order to execute Guevara from the Bolivian High Command to the soldiers at La Higueras–he also directed them not to shoot Guevara in the face so that his wounds would appear to be combat-related–and personally informed Che that he would be killed. After the execution, Rodríguez took Che’s Rolex watch, often proudly showing it to reporters during the ensuing years.

Ten days after his capture, U.S. Ambassador to Bolivia, Douglas Henderson, transmitted confirmation of Guevara’s death to Washington. The evidence included autopsy reports, and fingerprint analysis conducted by Argentine police officials on Che’s amputated hands. (Che’s hands were cut off to provide proof that he was actually dead; under the supervision of CIA agent Gustavo Villoldo, his body was then secretly buried by at a desolate airstrip at Villagrande where it was only discovered in June 1997.) The various death documents, notes Ambassador Henderson, leave “unsaid the time of death”–“an attempt to bridge the difference between a series of earlier divergent statements from Armed Forces sources, ranging from assertions that he died during or shortly after battle to those suggesting he survived at least twenty-four hours.”

Re: “Cold War Navy SEAL:  My Story of Che Guevara, War in the Congo, and the Communist Threat in Africa.

(a) OpPlan-34A was a clandestine maritime operation with plausible deniability, both descriptive of the Congo operation; (b) more experience in training and operating boats, including Swift Boats; (c) experience in mission planning and preparation; (d) experience training and operating with third/host-country personnel; (e) experience working alone, as when following the “Gulf of Tonkin Incident”, we anticipated retaliation against our boats at our base below Monkey Mountain, in Danang Harbor.  Some believe these attacks on Hon Nieu and Hon Mat in the path to Haiphong Harbor were the final provocation for the NVN attacks on the US Desoto Patrol destroyers. As the lone American officer, I lead the Nasties (our Norwegian-built fast boats) that had conducted the raids, and the Vietnamese crews, from Danang, south to Cam Ranh Bay, to hide from both the NVN and the International Control Commission.  I had a satchel full of Vietnamese currency and a 1903 French Chart of Can Ranh Bay for navigation, since no one had any idea what we might need or confront on arrival into Can Ranh Bay; (f) diplomacy and sensitivity on how to engage with and motivate those of other cultures and languages.

To purchase the book, click on dust jacket below.

Previous The Fierce Battle Of Vehicle Patrol Base Kahler: When All Hell Broke Loose
Next Born to Storm: A Commando In the South African Defence Force