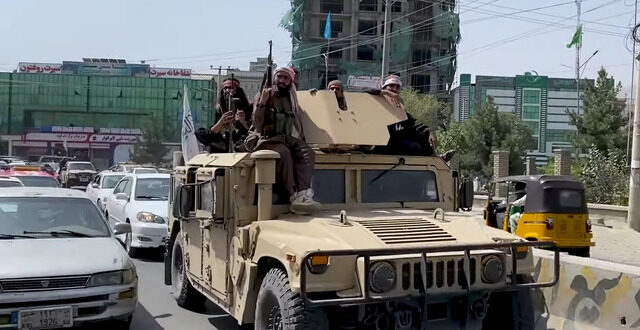 Two provinces in Afghanistan rang with the cries of people being viciously beaten on Wednesday by the Taliban, in the latest spectacle of public brutality in Afghanistan. Taliban authorities in southern Afghanistan publicly flogged 27 people, including two women, for allegedly committing theft, adultery, and other crimes.

The spectacles were met with outrage from those who have been monitoring life in Afghanistan under Taliban rule, and who have raised the alarm about public brutality.

“Truly disturbing and gut-wrenching to see the Taliban turn public executions into a national sport in Afghanistan – inviting people & Taliban leaders to watch the flogging, stoning, hanging of men and women in football stadiums,” one observer wrote Dec. 8 on Twitter. “It is medieval, barbaric and cruel & must be stopped.”

Taliban spokesman Zabihullah Mujahid said in a statement the criticism had “unfortunately” stemmed from a lack of understanding and research about Islam as well as Afghanistan, where he said more than 99% of the population are Muslim.

“They have rendered many sacrifices for the enforcement of Islamic laws and system in the country,” Mujahid said.

Officials and residents reported the punishments on Dec. 14 were administered in the southern Helmand and Zabul provinces.

Mohammad Qasim Riyaz, a provincial government spokesman in Helmand, said 20 men were lashed in the sports stadium in the provincial capital, Lashkar Gah.

Riyaz said that each man was flogged between 35 to 39 times before a large number of spectators, including provincial Taliban officials, religious clerics and local elders. Some of the convicts were additionally given prison terms, he added.

Separately, the Taliban-run state news agency reported public flogging of five men and two women for “illicit relationships, robbery and other crimes” in Qalat, the capital of Zabul. It did not elaborate.

A video posted in December on Twitter shows several men sadistically using canes to beat a lone woman who crumples on the ground.

“As disturbing as this video is, I can assure you worse things are” happening, an Afghan woman wrote on Twitter.

Afghanistan’s hardline rulers have flogged dozens of men and women in crowded football stadiums in several provinces and the capital, Kabul, in recent weeks, applying their strict interpretation of Islamic law to criminal justice.

Wednesday’s public lashings come a week after the Taliban carried out their first public execution of a convicted murderer since taking control of the conflict-torn impoverished South Asian nation.

Taliban officials said the execution, carried out with an assault rifle by the victim’s father, was staged in a crowded sports stadium in western Farah province in line with “qisas” — an Islamic law stipulating the person is punished in the same way the victim was murdered.

The execution drew international criticism and denunciation, with human rights groups demanding an immediate end to public punishment of convicts.

“Treating criminal proceedings as sporting events is an affront to the dignity & human rights of all Afghans,” Karen Decker, the charge d’affaires of the United States mission to Afghanistan, wrote on Twitter while condemning the execution in Farah.

“The fact that Afghanistan is being criticized for applying Islamic sentences shows that some countries and organizations have either insufficient knowledge or have problems with Islam, respecting Muslims’ beliefs and laws,” Mujahid stated.

“This action is an interference in the internal affairs of countries and is reprehensible.”

Since seizing power in August 2021, the Taliban also have tightened restrictions on Afghan women, effectively limiting their access to public life and education.

Teenage girls are not allowed to attend school beyond the sixth grade across most of Afghanistan.

The polices, especially their treatment of women, have effectively blocked the Taliban’s efforts to secure legitimacy for their male-only government in Kabul.

U.S. State Department spokesman Ned Price last week cautioned the Taliban against bringing back the “regressive and abusive practices” of their previous rule in Afghanistan from 1996 to 2001.

The former insurgent group returned to power in August 2021 as the United States and NATO partners withdrew from Afghanistan after 20 years of war with the Taliban.

With reporting by RFE/RL.