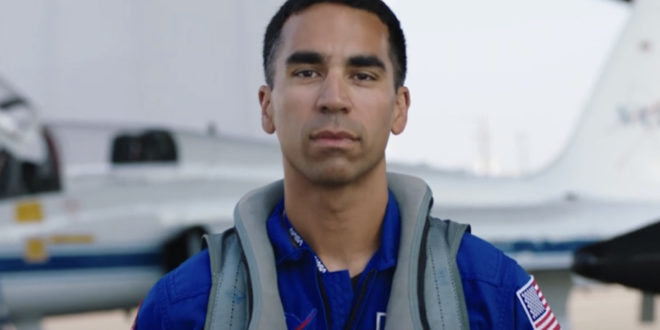 NASA astronaut Raja Chari is a member of the Artemis Team

On November 15, 2021, the Russian Federation recklessly conducted a destructive test of a direct-ascent anti-satellite missile against one of its own satellites, Sec. of State Blinken said.

Russia tested a direct-ascent anti-satellite (DA-ASAT) missile that has so far generated over fifteen hundred pieces of trackable orbital debris and will likely generate hundreds of thousands of pieces of smaller orbital debris.

“Russia has demonstrated a deliberate disregard for the security, safety, stability, and long-term sustainability of the space domain for all nations,” said U.S. Army Gen. James Dickinson, U.S. Space Command commander. “The debris created by Russia’s DA-ASAT will continue to pose a threat to activities in outer space for years to come, putting satellites and space missions at risk, as well as forcing more collision avoidance maneuvers. Space activities underpin our way of life and this kind of behavior is simply irresponsible.”

During the Cold War. The US weapon was the ASM-135, an air-launched missile that could be fired from an F-15 Eagle. Testing culminated in the interception and destruction of the P78-1 Solwind satellite on 13 September 1985. Instead of a missile-based system, the Soviet Union opted to develop the Istrebitel Sputnikov, or “fighter satellite”, which would enter orbit and maneuver to destroy its target. Several tests using specially-launched targets were carried out in the 1970s and early 1980s.

January 2007 the People’s Republic of China carried out a test against one of its own defunct weather satellites, NASA Spaceflight reports.

2008, US Navy used a modified SM-3 missile to destroy the USA-193 reconnaissance satellite. USA-193 had failed immediately after launch and the US characterized its interception as necessary to reduce the risk of it causing damage on Earth.

In March 2019, India carried out a anti-satellite test.

USSPACECOM’s initial assessment is that the debris from Nov 15 will remain in orbit for years and potentially for decades, posing a significant risk to the crew on the International Space Station and other human spaceflight activities, as well as multiple countries’ satellites. USSPACECOM continues to monitor the trajectory of the debris and will work to ensure all space-faring nations have the information necessary to safeguard their on-orbit activities if impacted by the debris cloud, a service the United States provides to the world, to include Russia and China.

“Russia is developing and deploying capabilities to actively deny access to and use of  space by the United States and its allies and partners,” Dickinson added. “Russia’s tests of direct-ascent anti-satellite weapons clearly demonstrate that Russia continues to pursue counterspace weapon systems that undermine strategic stability and pose a threat to all nations.”

“Russia’s DA-ASAT test provides yet another example that the threats to U.S. and allied space systems are real, serious and growing,” said Gen. John W. “Jay” Raymond, USSPACECOM commander and U.S. Space Force Chief of Space Operations. “The United States is ready and committed to deterring aggression and defending the Nation, our allies and U.S. interests from hostile acts in space.”

U.S. Space Command has evidence that Russia conducted a non-destructive test of a space-based anti-satellite weapon. On July 15, Russia injected a new object into orbit from Cosmos 2543, currently Satellite Catalog Number 45915 in Space-Track.org.

Russia conducted a test of a direct-ascent anti-satellite (DA-ASAT) missile.

“Russia publicly claims it is working to prevent the transformation of outer space into a battlefield, yet at the same time Moscow continues to weaponize space by developing and fielding on-orbit and ground-based capabilities that seek to exploit U.S. reliance on space-based systems,” said U.S. Army Gen. James Dickinson, U.S. Space Command commander.

“Russia’s persistent testing of these systems demonstrates threats to U.S. and allied space systems are rapidly advancing. The establishment of U.S. Space Command as the nation’s unified combatant command for space and U.S. Space Force as the primary branch of the U.S. Armed Forces that presents space combat and combat support capabilities to U.S. Space Command could not have been timelier. We stand ready and committed to deter aggression and defend our Nation and our allies from hostile acts in space.”

Video, Telegraph: In audio recordings released late on Monday, Raja Chari, commander of Nasa’s Crew 3 mission, was heard going through the evacuation procedures with Mission Control in Houston as well as a possibility of a direct hit on the spacecraft. “If that’s more than half an hour, then I think we’ll stay suited and potentially come back home if Dragon takes a hit,” Mr Chari was heard telling Mission Control, as his team were ordered to put on space suits and take shelter in their Crew Dragon re-entry craft while waiting for the debris to pass.

The United States is concerned by Russia’s continued development and deployment of several types of ground-based and space-based ASAT weapons. These actions are contrary to Russia’s diplomatic and public stance against the weaponization of space. Specifically, Russia has demonstrated two completely different types of space weapons.

The first type of kinetic weapon is a DA-ASAT system capable of destroying satellites in low Earth orbit, which they have tested multiple times. If this weapon is tested on an actual satellite or used operationally, it will cause a large debris field that could endanger commercial satellites and irrevocably pollute the space domain.

The second type is a co-orbital ASAT, a space-based weapon system, which demonstrated an on-orbit kinetic weapon in 2017 and again in 2020. Furthermore, in March 2018, President Putin announced the development of a ground-based laser system for use by the Russian Space Forces, which the Russian military acknowledged as a “combat laser system.” This pattern of behavior would be considered potentially threatening in any other domain.

“Russia has made space a warfighting domain by testing space-based and ground-based weapons intended to target and destroy satellites,” Dickinson added. “This fact is inconsistent with Moscow’s public claims that Russia seeks to prevent conflict in space.