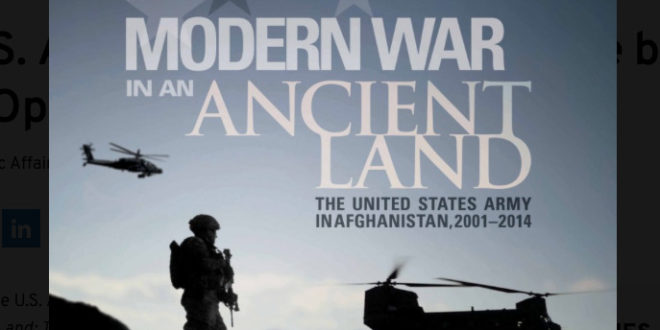 INTRO In late December 1979, Soviet leader Leonid I. Brezhnev dispatched troops to Afghanistan to prop up a failing communist government in Kabul. Yet instead of strengthening a faltering ally, the Soviet intervention only further destabilized the country, sparking a nationwide Islamist insurgency that led to a decade-long war for the Soviet Union in Afghanistan. After initially deploying massed tanks, artillery, and airpower against the Afghan guerrilla movement known as the mujahideen, the Soviet military began relying on Special Operations Forces (SOF), heliborne infantry, and Afghan proxy fighters. The adoption of more sophisticated tactics, however, did not deliver victory. The insurgency grew in scope and ferocity. Years of inconclusive combat, coupled with a growing need for domestic political and economic reforms, prompted the Soviet Union—now led by Mikhail Gorbachev—to announce a plan to withdraw its troops from Afghanistan in October 1985. That process required four years to complete, as Moscow reduced its troop commitment while transferring responsibility for the ongoing conflict to its communist Afghan allies.

As the Soviets withdrew, Western nations that had been funneling weapons to the Afghan resistance through Pakistan also pulled out of the conflict. The flow of American aid to Pakistan, its main ally in the region, had come under scrutiny in August 1985 after Congress passed the Pressler Amendment to the U.S. Foreign Assistance Act of 1961. The amendment stipulated that no military or technology equipment would be sold or transferred to Pakistan unless the American president certified that Pakistan did not possess an assembled nuclear bomb or all of the components necessary to make a bomb.1 Although President Ronald W. Reagan’s administration obtained evidence that Pakistani scientists were violating the amendment, it deferred enforcement of it until the Afghan-Soviet conflict ended.2 Once the United

States began enforcing the Pressler Amendment in October 1990, relations with Pakistan deteriorated. The end of U.S. aid hurt Pakistan both financially and militarily, but it freed Islamabad to pursue its own aims in Afghanistan without Washington’s interference.

Even after the Soviets departed in 1989, the Afghan conflict continued as mujahideen fighters battled the communist regime and each other. Afghanistan’s weak proxy government, mountains of surplus weaponry, and panoply of insurgent bands formed along various ideological and ethnic lines combined to sustain chaos on a national scale. This constant instability motivated a group of religious students to form an armed movement to end the fighting. These students, known as the Taliban (students of Islam), shared a strong ideological bond with a number of volunteers from Arab countries who had traveled to Afghanistan to join the mujahideen and fight the Soviets. In an effort to increase its influence within Afghanistan and thus gain strategic depth against India, the Pakistani government began providing weapons and advisers to the Taliban. In addition, Saudi Arabia provided cash, weapons, and thousands of vehicles to the Taliban as part of its plan to surround Shia- dominated Iran with Sunni-dominated governments.3 This influx of outside aid helped convince many Afghan warlords to ally with the Taliban.

READ THE BOOK ONLINE OR PRINT IT

These volumes, prepared by the Operation Enduring Freedom Study Group, present a first cut operational-level narrative of how the U.S. Army formed, trained, deployed, and employed its forces in Afghanistan from October 2001 to December 2014. At the same time, it delves into the tactical realm when such insights amplify the implications of operational decisions or occurrences.

To write this history, the study group, led by Edmund J. “E.J.” Degen, embarked on an extensive research program that relied heavily on primary source documents. The group also conducted dozens of oral history interviews with key military and civilian leaders. These volumes include fifty maps, a wide range of campaign photography and artwork, and volume-specific indexes.

The Army routinely conducts after action reviews of operations that capture lessons learned and are intended to help guide and inform future decisions by military leaders at all levels.

The process of researching, analyzing and writing the history can take several years, Degen noted that, “It’s important to capture these historical lessons as soon as we can as they may apply to future wars.”

As part of the Army’s continuous campaign of learning, CMH will write more in-depth histories of all aspects of the war in Afghanistan, including operations from 2015 to 2021, the evacuation of Kabul, and security force assistance.

The two-volume book set will be released as CMH Pub 59-1-1 and will be available in print, as an eBook, and as a free pdf download starting November 17, 2021. Access to these options are found at: https://history.army.mil/html/books/059/59-1/

The general public can also purchase print copies of these volumes from the U.S. Government Publishing Office. https://bookstore.gpo.gov/