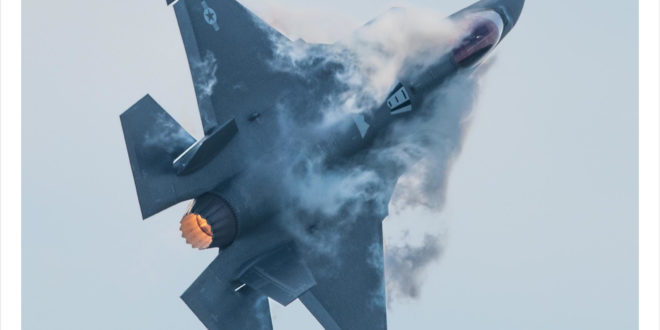 Turkey, left out in the Cold in the F-35 program after purchasing Russian S-400s, demands F-35s

Principal Director for Europe and NATO Policy Andrew L. Winternitz and Director for Planning, Programs and Analysis in the Office of the Under Secretary of Defense for Acquisition and Sustainment Melissa Benkert led a U.S. Department of Defense delegation to Ankara on October 27 for dispute resolution discussions to address remaining issues resulting from Turkey’s removal from the F-35 program, which was finalized on September 23.

The F-35 serves as the backbone of allied airpower for 13 nations and counting Boeing reports.

The U.S. and other F-35 partners decisied to suspend Turkey from the program and initiate the process to formally remove Turkey from the program. “Turkey cannot field a Russian intelligence collection platform in proximity to where the F-35 program makes, repairs and houses the F-35. Much of the F-35’s strength lies in its stealth capabilities, so the ability to detect those capabilities would jeopardize the long-term security of the F-35 program.”

Complicating the matter is that Turkey made more than 900 parts for the F-35 and had been assigned more than $1 billion in industrial participation across 10 Turkish suppliers. All Turkish F-35 students and instructor pilots currently in the United States made firm plans to leave the country.

The Department of Defense will remove Turkey from the F-35 joint strike fighter program if the nation accepts delivery of the Russian S-400 air defense system, a senior Defense Department official said.

Meeting with think tank representatives at the Pentagon, Katie Wheelbarger, the acting assistant secretary of defense for international security affairs, said the NATO alliance and nations partnering in developing and fielding the F-35 are unified in their opposition to Turkey fielding the Russian system.

The concern is that the S-400 could be used to gather data on the capabilities of the F-35, and that the information could end up in Russian hands, officials explained.

Turkey expressed interest in the Russian system in 2009 and signed a contract with the Russian government for the S-400 in 2017. Turkey also is a partner in the F-35 program, and the United States and partner nations have been telling the Turks they cannot have both systems.

Wheelbarger said Turkey’s assertion that it bought the S-400 because it could not get a comparable air defense system is not true. “We offered the opportunity to them to buy the Patriot [air defense system] numerous times in a more generous package than we’ve offered anybody else, and they did not sign up for it,” she said.

Acting Defense Secretary Dr. Mark T. Esper met with his Turkish counterpart, Defense Minister Hulusi Akar, at the recent NATO defense ministers meeting, and told him that Turkey is not going to get the F-35 if the nation continues with the S-400, Wheelbarger said, noting that the U.S. stand has bipartisan support.

It is not only the United States telling Turkey the two systems are incompatible, she pointed out. All partner nations in the F-35 program have made the same point to the Turks, Wheelbarger said, and all NATO nations have asked Turkey to stop the procurement as well.

The Turkish procurement works against other NATO initiatives as well, the assistant secretary said. New NATO allies are working to get rid of legacy Russian equipment to become more interoperable with NATO forces. Turkey buying Russian systems sends the wrong message to those states, Wheelbarger said.