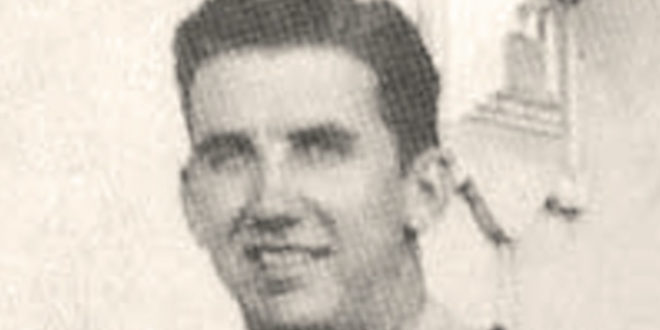 Ed McMahon is best known as Johnny Carson’s sidekick on TV’s “The Tonight Show Starring Johnny Carson,” from 1962 to 1992. He always opened the show with his signature introduction: “Heeere’s Johnny!”

Less known to his legion of fans is that McMahon also had a career in the military, which began during World War II, continued during the Korean War and ended during the Vietnam War.

In 1944, he was commissioned in the Marine Corps and earned his pilot’s wings. He became a Marine Corps test pilot and a flight instructor in F4U Corsair aircraft at Lee Field, in Green Cove Springs, Florida.

McMahon remained in the Marine Corps Reserve after the war and was recalled to active duty during the Korean War. He was awarded six Air Medals for flying 85 combat missions over North Korea in an OE-1 unarmed observation aircraft.

After the Korean War, McMahon remained in the Marine Corps Reserve and retired as a colonel in 1966.

In 1982, McMahon received a state commission as a brigadier general in the California Air National Guard, an honorary award to recognize his support for the National Guard and Reserve.

Some other interesting facts about McMahon: