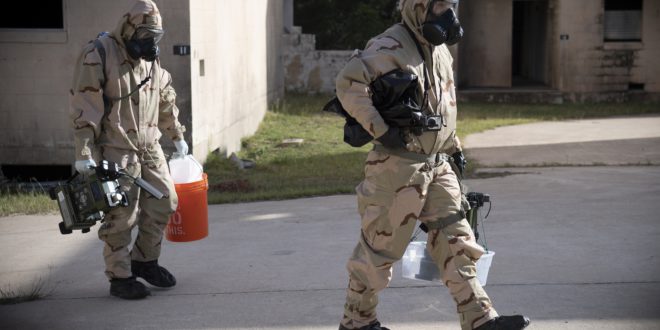 Warfighters from across the nation conducted operational testing of the new systems between October and November. Through these Warfighters’ efforts, data was collected for decision-makers and valuable hands-on training was performed.

“These two operational tests have given my platoon the opportunity to focus on our critical wartime collective tasks of dismounted CBRN reconnaissance and surveillance,” Lohff continued.

“The amount of hands-on training and employment opportunities we received really gave all of us confidence in the equipment and our capabilities with respect to our operational readiness.”

“CBRN site assessment and surveillance operations are complex missions that require our Joint Service CBRN assets to remain equipped with systems that are effective and suitable in Warfighter’s hands,” Scheerer said. “This test event is about making sure the systems developed provide proper capabilities in the environments in which Warfighters and units train and fight.”