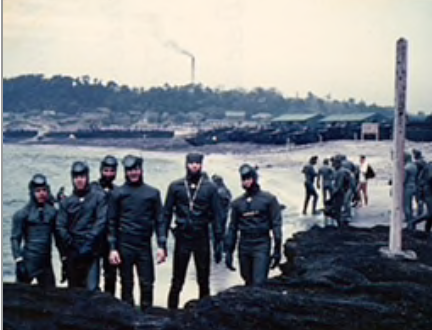 Explosive Ordnance Disposal Technician, and U.S. Navy Divers who each object to receiving a COVID-19 vaccination based on their sincerely held religious beliefs.

Defendant Joseph R. Biden, Jr., is President of the United States of America and Commander in Chief of the Armed Forces. U.S. Const. art. II, § 2. On or about July 29, 2021, President Biden directed the Department of Defense to vaccinate all service members, including Plaintiffs. President Biden is sued in his official capacity.

Plaintiffs have spent years in training, at tremendous personal cost and sacrifice, to attain the status they have achieved and to serve their country as part of its most elite forces. Because of their extensive and highly specialized training, the cost of training Plaintiffs may exceed $1 million for each servicemember.

Multiple Plaintiffs, having learned that other medications may be tested or produced using aborted fetal cell lines, have since committed to refusing to take any medication that is thus developed or tested.

Multiple Plaintiffs received a formal “COVID-19 Vaccination Administrative Couseling/Warning” that states, “[P]er MANMED 15-105, special operations (SO) duty personnel (SEAL and SWCC) who refuse to receive the COVID-19 vaccine based solely on personal or religious beliefs will be disqualified from SO duty (unless the disqualification is separately waived by BUMED). This will affect deployment and special pays. This provision does not pertain to medical contraindications or allergies to vaccine administration.The medical-disqualification provision of Defendants’ Trident Order #12 substantially burdens Plaintiffs’ sincerely held religious beliefs by rendering Plaintiffs “medically disqualified,” i.e., non-deployable, even if they were to receive a religious accommodation. This threat of non-deployability substantially pressures Plaintiffs to take an action (receiving a COVID- 19 vaccine) that would violate their religious beliefs.

Case 4:21-cv-01236-P Document 1 Filed 11/09/21 Page 37 of 38 PageID 37
(D) A preliminary and permanent injunction prohibiting the Defendants, their agents, officials, servants, employees, and any other persons acting on their behalf from enforcing the vaccination policies challenged in this Complaint;
(E) An order declaring unlawful and setting aside Defendants’ vaccination policies;
(F) Actual damages, under Tanzin v. Tanvir, 141 S. Ct. 486 (2020), in the amount of pay Plaintiffs will lose as a result of Defendants’ discriminatory vaccine policies
under the Religious Freedom Restoration Act;
(G) Nominal damages against Defendants in their individual capacities, under Tanzin
v. Tanvir, 141 S. Ct. 486 (2020), for the violation of Plaintiffs’ rights under the
Religious Freedom Restoration Act;
(H) Plaintiffs’ reasonable attorneys’ fees, costs, and other costs and disbursements in
this action pursuant to 42 U.S.C. § 1988; and
(I) All other further relief to which Plaintiffs may be entitled.