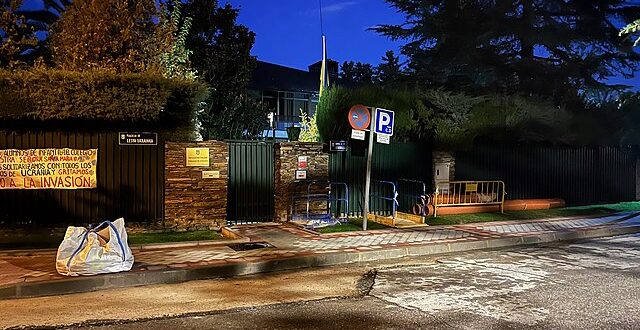 One person was injured in an explosion at the Ukrainian Embassy in Spain, officials in Kyiv said. The explosion was caused by a letter bomb.

“The Embassy of Ukraine in Spain received an envelope,” embassy official Oleg Nykolenko wrote Wednesday on Facebook. “During the inspection, the envelope exploded in the hands of the commandant. The commander suffered minor injuries, is now hospitalized, receiving the necessary medical attention. There is no threat to his life.”

No one else was injured by the blast.

Previous Howitzers Changing the Course of Battle in Donbas, Troops Say
Next The ‘Liberator’ One-Shot Pistol Secretly Given to Resistance Fighters in World War II