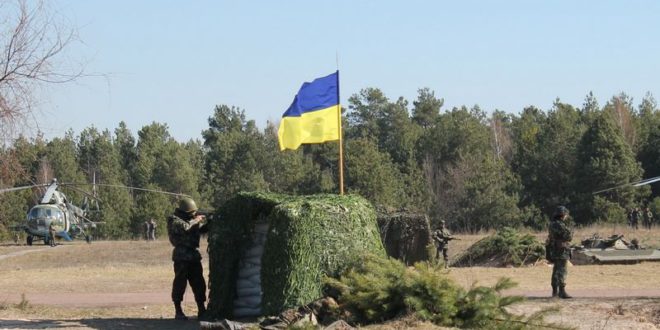 What Are Ukraine’s Chances to Recapture Kherson?

Ukrainian forces are continuing to advance towards Kherson, one of the most important cities lost to Russia so far in the war.

As they advance through the countryside towards the southern port city, the Ukrainians have reportedly destroyed some Russian equipment and captured other pieces.

Western supplied artillery and missiles have been fired by the soldiers at key bridges to attempt to cut off Russian supply chains to Kherson.

“They (Ukrainians) will try to surround Russian forces who are pretty thin on the ground it seems in the outlining areas,” Professor Michael Clarke, a former director of the Royal United Services Institute (RUSI), the defence and security think tank, told Forces News.

“And what they will try to create is the situation that they created in Sumy and Chernihiv and Kharkiv earlier on in the war, where the Russians realise that they can’t hold on and withdraw.”

Professor Clarke believes the Russians won’t want to let themselves be beaten in Kherson.

“It looks as if the Russians are already pulling down their forces in the middle of the city, presumably to send them to the perimeter which they now have to defend,” he said.

Kherson was captured by the Russians in early March, not long into the invasion and has been a focus for the Ukrainians.

The port city is key due to its access to the sea – Ukraine currently does not control any port cities with such access.

Kherson sits in a strategic location west of the Dnipro river, which splits Ukraine in two.

Convincing the West the war “can be reversed”

Professor Clarke believes the Ukrainians “will succeed in Kherson” however he thinks “not as quickly as they expected”.

He said: “They are making fairly assertive statements now that they’ll get it back by September; it might not be that quick.

He added: “They know that if the story of the war is only that the Ukrainians are losing slowly and gallantly, then the West’s commitment to help them do that will probably wane.

“They need to be able to convince the outside world that not only are they not losing slowly, they’re actually going to win this war in certain important places.

The UK says recent fighting around Kherson has been inconclusive.

If Ukraine does take the city, it will have Russian forces all pushed back to the east of the Dnipro river.

It would be a big victory both strategically and symbolically for Ukraine.

Reported by the British Defense Ministry

Previous Ukraine Advances on Kherson, Aiming to Retake City from Russia
Next Swapping Viktor Bout for Brittney Griner and Paul Whelan: Did Moscow Already Get the Man It Wanted?