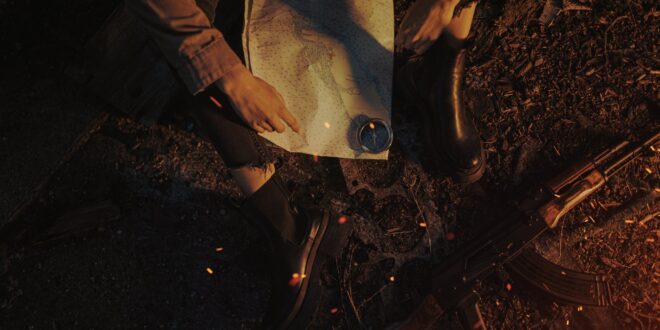 Of Saboteurs and Secrecy: An Underground Resistance Takes Shape Inside Russia

Mystery fires that have broken out across Russia in recent months have been blamed on Ukrainian saboteurs and even Western intelligence operatives. But a new documentary by British filmmaker Jake Hanrahan suggests a “large-scale, active resistance inside Russia” is now being waged by Russia’s own citizens.

“There’s this thing like, ‘Well, it must be the CIA,'” Hanrahan told RFE/RL when asked about the spate of attacks on war-related infrastructure inside Russia. “How about, ‘No’? How about some Russians are genuinely so sick of Putin that they’re going to do something about it.”

Hanrahan is a British filmmaker best known for punchy, “run-and-gun” conflict documentaries released under his own media title Popular Front. In 2020, the Briton landed an interview with “JStark,” the maker of a notorious 3D-printable gun model who later died of a reported heart attack after having his house raided by the German police.

In the new film, Russia’s Anti-Putin Underground, which was released on YouTube on January 3, two Russian “partisans” meet with Hanrahan in a snowy forest in Eastern Europe, near the border with Russia. With their faces masked and voices disguised, they detail the sabotage actions they claim to have taken part in directly — including destroying railway lines and a cell-phone tower near the Ukrainian border — or helped organize for other groups. They claim an estimated 30 cells throughout Russia are united, for now, by their goal of undermining the Kremlin.

The men told the filmmaker they are risking their lives because “it’s not [Putin’s] country, it’s our country,” and added: “If not now, then when?”

The pair represent an “anarcho-communist” group known as BOAK, one of several radical leftist organizations in Russia and Belarus whose aims were vague and far-fetched before the 2022 invasion. Now, with a clearly defined short-term goal — to stop the war on Ukraine — BOAK has risen in prominence on Telegram, where it actively recruits “comrades.”

Hanrahan first reached out to the group on Telegram. “I just said, ‘Look, I know you’re trying to get your message out there, and I want to do a documentary on this,’ ” he recalled.

The credibility of the cell was established by asking the group to show footage of some of their attacks that hadn’t appeared anywhere online.

“They sent through more than enough,” Hanrahan recalls.

Additionally, with years of reporting on various anarchist groups, the journalist says he has a relatively clear understanding of the networks the group moves in.

“Without a doubt in my mind, these guys are the real deal,” he said.

When meeting the pair, Hanrahan was first given a general area, then a specific location, right before they were scheduled to meet. After sending an encrypted e-mail to let them know he was there, Hanrahan says the pair appeared out of the forest where they had been waiting nearby.

The two Russians said intelligence on what to target comes from Wikimapia, an open-source website where anyone can add photos and descriptions of objects on a map.

“So you just open [the website] and you find, ‘OK, military object is here,'” one of the men said. After multiple scouting trips to their target, the saboteurs attack.

Perhaps the most striking moment of the film comes when the pair matter-of-factly describe why they will never be captured alive.

“It’s better to die than be tortured and maybe give up information,” one said. The men would use a gun, knives, or “anything [we] can find” to fight to the death, or apparently commit suicide if escape becomes impossible, since “it’s all better than to be in a Russian prison.”

Hanrahan says he was driven to make the film in part because of what he says is increasingly simplistic reporting of the conflict and a mainstreaming of ethnic hatred on social media.

“Some of these people on Twitter are giddy,” he says. “They’re getting away with xenophobia like they never could: ‘All Russians are orcs,’ etc. Well, actually, no, some of them are taking the biggest risk of their f***ing lives to help Ukrainians that they’re never going to meet, and will never know. And I mean, that says a lot.”

Previous Azov Battalion in Ukraine: Who They Are, and What They Do
Next ‘The Mother’: A Soldier’s Haunting Encounter in Iraq