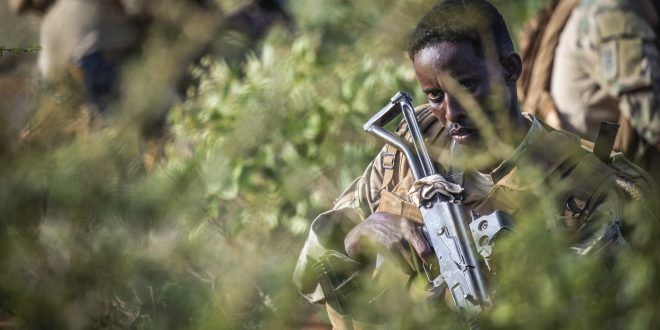 A federal jury convicted a Dutch woman on charges stemming from her participation in a terrorist financing ring in support of the Somalia-based terrorist group al-Shabaab.

According to court records and evidence presented at trial, Farhia Hassan, 38, was involved with a group of women from more than a dozen countries around the world who ran a fundraising ring to provide financial support to al-Shabaab from in or about February 2011 through in or about July 2014. Through conduits in Nairobi, Kenya, and Hargeisa, Somalia, the group of women funneled cash payments via money remitters directly to members of the terrorist group. According to members of the conspiracy, the money was used to fund safehouses and to purchase trucks and weaponry in support of al-Shabaab. The women coordinated the payments using online chatrooms.

Hassan, in particular, was involved in fundraising in the Netherlands under false pretenses by representing to donors that money was being collected to fund charitable ventures, such as schools for orphans, when it was in fact being funneled to terrorists. Two U.S.-based members of the fundraising ring, Muna Osman Jama, 41, of Reston, Virginia, and Hinda Osman Dhirane, 51, of Kent, Washington, were convicted in 2016 for their participation and were sentenced to 12- and 11-years’ imprisonment, respectively.

Hassan was convicted on Tuesday of conspiracy to provide material support to a designated foreign terrorist organization. She faces a maximum penalty of 15 years in prison when sentenced on July 22. A federal district court judge will determine any sentence after taking into account the U.S. Sentencing Guidelines and other statutory factors.

The Justice Department’s Office of International Affairs provided substantial assistance in securing the arrest and extradition from the Netherlands.

Previous Civilians Cross Russian Lines Out of Mariupol, While New Attacks Launched Against Azovstal Steel Plant
Next Gunfight in Somalia: Attack From al-Shabaab