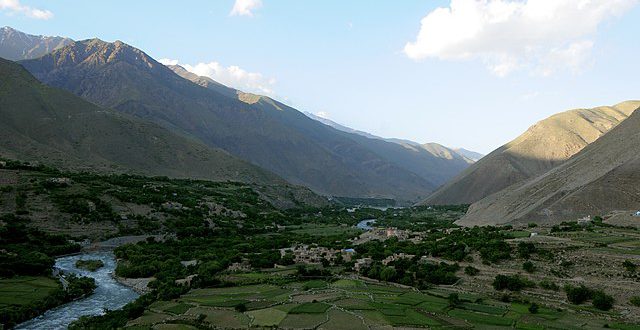 The Panjshir River Valley in Afghanistan

Anti-Taliban fronts are spreading beyond Panjshir and into other areas of Afghanistan, even as the Taliban pledged to shut down the resistance entirely by early September, opposition fighters said.

“The front is expanding,” one resistance fighter told Soldier of Fortune from inside Afghanistan. “We will not give up.” The man has family at risk inside the country; for that reason, he and others who spoke for this story did not use their names for publication. His comments and those of his comrades came as the National Resistance Front (NRF) reported that in the past year, its forces have killed 715 Taliban and lost 121 in battle.

The Taliban frequently dispute casualty counts from the NRF, and claim themselves to have killed or inflicted heavy damages. The two groups continue to clash, in pockets that the NRF fighters said have spread into Baghlan and Takhar provinces, among other areas.

The main conflict remains in Panjshir, where resistance is “in our blood,” one fighter said. That also is the primary focus of Taliban threats, he said.

“The leaders of the Taliban say they will clear us out in the next few days,” the fighter said. “But this is not possible. The resistance box is strong. The Taliban are not able to do this.”

Taliban forces took power in Afghanistan last year, during and after the chaotic U.S. exit from the country. The Taliban soon established the Islamic Emirate of Afghanistan. Resistance forces held out in the mountains of Panjshir.

Now, Taliban military leaders are trying to recruit men in Panjshir to take up arms for the Emirate, one guerrilla said.

“The goal of the Taliban is, they want to recruit from the Tajiks, and not lose casualties among their own,” the guerrilla said. “They try to pull them in to fight against us.”

Most refuse – but not all, he said.

“Some treacherous people join them. When they do, other people of Panjshir hate them,” the fighter said.

Resistance forces on Sunday fired against the Taliban from a mountainside post, using weapons that included rocket propelled grenades, according to contacts in Panjshir. A video posted on Twitter shows a resistance fighter using an RPG.

“We are accurate,” the first guerrilla said. “And we will keep fighting until we win.”

The resistance took hold in the mountains of Panjshir last year, as the Taliban swept across Afghanistan. The anti-Taliban forces rallied around Ahmad Massoud, whose father, Ahmad Shah Massoud, was the legendary “Lion of Panjshir.” The elder Massoud was a guerrilla commander who stood up to Soviet and Taliban forces. He was assassinated in September, 2001.

The modern group calls itself the National Resistance Front of Afghanistan (NRF), and is viewed in the U.S. as a rekindled Northern Alliance.

As the Taliban last year tightened their grip on Afghanistan, their leaders offered to talk with the NRF – not to share power, but to solidify control, according to members of the resistance. The NRF was not interested.

The NRF kept fighting, and holding their own. They established their own special forces. They whittled away at the attacking Taliban.

Some western observers have expressed doubts that the NRF could prevail against a well armed and much larger enemy. The resistance says otherwise.

“The Taliban remain a terrorist group,” NRF spokesperson Sibghatullah Ahmadi told VOA. “Afghans definitely cooperate with the NRF. We have the support of the people of the country.” Afghans did, after all, overthrow a well armed communist government that was backed by the Soviet Union, he noted.

Major Gen. Jalaluddin Yaftaly, Former Commanding General of the 203 Corp of the former Afghan security forces, told VOA that he is actively leading fighters in north of Afghanistan.

“Our overall goal is to continue our struggle until our people and nation are rescued from oppression and tyranny,” Yaftaly told VOA, adding: “If God makes us victorious and enables us to retake Afghanistan, our government will be a federal and decentralized system.”

Fighting in Panjshir has brought gains, one guerrilla told Soldier of Fortune.

“We killed an important commander” earlier this year, he said. “We took out nine other men at the same time.”

Even small wins are important, he said.

“The Taliban want everyone to think they are all powerful, that no no one can beat them,” he said.

The NRF aims to rally support for its cause.

“During a year of Taliban rule over the country, suppression and deprivation of women from the most basic human and Islamic rights, forced eviction of people from their ancestral land, arrests, torture and killing of civilians have become a normal practice of this group,” leaders wrote in a statement. “The lack of appropriate response from Human Rights Organizations and the international community has made the Taliban to feel more comfortable and to be more daring to continue with their crimes against humanity.”

The fight so far has been difficult, but rewarding, the group said.

“The Taliban have lost their morale on the battlefield and the signs of collapse of this occupying group are clearly visible,” leaders said. “We will stay firm with our commitment to continue the struggle to achieve freedom.”

Representatives from the Taliban did not immediately respond to questions from Soldier of Fortune.

READ MORE about conflict inside Afghanistan, including this account of an Afghan man in hiding from the Taliban.

Previous How to Survive a Bear Attack
Next ‘Hell in a Few Seconds’: What It’s Like to Be Hit by Russian Cluster Bombs in Ukraine