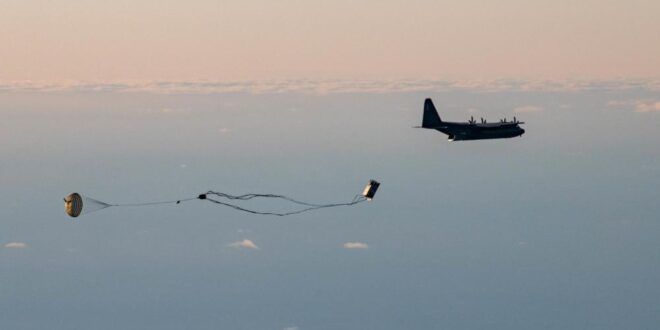 A cruise missile being dropped from an aircraft

US Forces Test-Drop Cruise Missile From an Aircraft

American forces airdropped a cruise missile from an aircraft for the first time in Europe, as part of a test exercise.  The test occurred inside the Arctic Circle at the remote Andoya Space Defence Range in Norway.

More than 40 countries operate C-130 Hercules aircraft, but AFSOC has been the only U.S. Air Force combatant command to demonstrate this system.