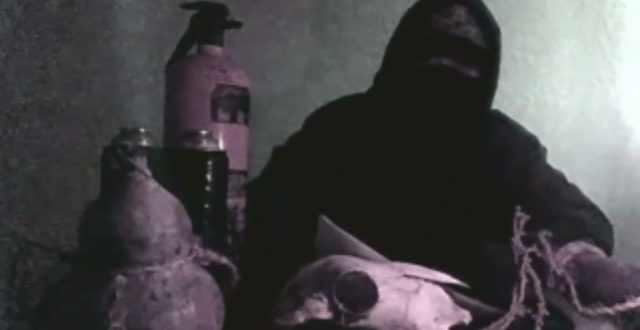 The U.S. has deported to England an al-Qaida member who pleaded guilty to trying to start a terrorist training camp in Oregon. The man was a disciple of convicted terrorist Abu Hamza, who is serving a life sentence in the U.S.

Haroon Rashid Aswat, 48, in 2015 pleaded guilty to attempting to start a terrorist training camp in Oregon. He was sentenced and imprisoned in the U.S., and this month was deported to the United Kingdom, where he previously lived.

“He no longer is in the U.S.,” the official told Soldier of Fortune.

Prosecutors previously said that Aswat would be deported once he completed his sentence.

The U.S. Justice Department summarized the case as follows.

In late 1999, Aswat, along with co-defendants Mustafa Kamel Mustafa, aka Abu Hamza, Ouassama Kassir and Earnest James Ujaama, attempted to create a terrorist training camp in the United States to support al Qaeda, which has been designated by the U.S. Department of State as a foreign terrorist organization.  Aswat conspired with Abu Hamza, Kassir and Ujaama to establish the terrorist training camp on a rural parcel of property located in Bly, Oregon.  The purpose of the Bly camp was for Muslims to receive various types of training – including military-style jihad training – in preparation to fight jihad in Afghanistan.  As used by the conspirators in this case, the term “jihad” meant defending Islam against purported enemies through violence and armed aggression, including, by using murder to rid Muslim holy lands of non-believers in Islam.

In a letter faxed from Ujaama, who was in the United States, to Abu Hamza in the United Kingdom, the property in Bly was described as a place that “looks just like Afghanistan,” and the letter noted that the men at Bly were “stock-piling weapons and ammunition.”  In late 1999, after transmission of the faxed letter, Abu Hamza directed Aswat and Kassir, both of whom lived in London and attended Abu Hamza’s mosque there, to travel to Oregon to assist in establishing the camp.  On Nov. 26, 1999, Aswat and Kassir arrived in New York, and then traveled to Bly.

Aswat and Kassir traveled to Bly for the purpose of training men to fight jihad.  Kassir told witnesses that he supported Usama Bin Laden and al Qaeda, and that he had previously received jihad training in Pakistan.  Kassir also possessed a compact disc that contained instructions on how to make bombs and poisons.  After leaving Bly, Aswat and Kassir traveled to Seattle, where they resided at a mosque for approximately two months.

While in Seattle, Kassir, in Aswat’s presence, provided men from the mosque with additional terrorist training lessons – including instructions on different types of weapons, how to construct a homemade silencer for a firearm, how to assemble and disassemble an AK-47 and how an AK-47 could be altered to be fully automatic and to launch a grenade.  On another occasion, with Aswat sitting by his side, Kassir announced to the men in Seattle that he had come to the United States for martyrdom and to destroy, and he informed his audience that some of them could die or get hurt.

A ledger recovered in September 2002 from an al Qaeda safe house in Karachi, Pakistan, listed a number of individuals associated with al Qaeda, including Aswat. The al Qaeda safe house was used by Khalid Sheikh Mohammed, al Qaeda’s chief operational planner and the alleged planner of the terrorist attacks of Sept. 11, 2001.

Abu Hamza and Kassir were previously convicted for their roles in attempting to establish a terrorist training camp in the United States.  On May 12, 2009, after a four-week jury trial in the Southern District of New York, Kassir was found guilty of charges relating to his efforts to establish the terrorist training camp in Bly and his operation of several terrorist websites.  On Sept. 15, 2009, U.S. District Judge John F. Keenan of the Southern District of New York sentenced Kassir to life in prison.

On May 19, 2014, after a four-week jury trial in the Southern District of New York, Abu Hamza was found guilty of charges relating to his role in the conspiracy to establish the terrorist training camp in Bly, as well as his role in a hostage-taking in Yemen in 1998 that resulted in four deaths and his support of violent jihad in Afghanistan in 2000 and 2001.  On Jan. 9, 2015, U.S. District Judge Katherine B. Forrest of the Southern District of New York sentenced Abu Hamza to life in prison.

Previous Belarusian Foreign Minister Vladimir Makei Dies Suddenly, Ahead of Meeting With Russia’s Lavrov
Next Russia Removing Nuclear Warheads From Old Missiles to Use Against Ukraine