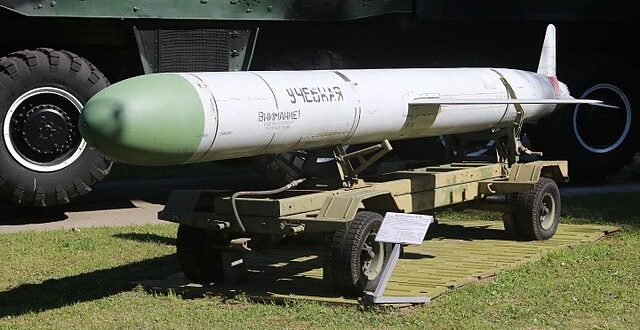 Russia is firing old cruise missiles stripped of their nuclear warheads at Ukrainian targets because Vladimir Putin’s stocks are so depleted, the British Ministry of Defence (MOD) has suggested.

An intelligence update from the MOD on Saturday said the desperate improvisation by the Russian President’s struggling forces are “unlikely to achieve reliable effects.”

The evidence cited are pictures of apparently shot down AS-15 Kent air launched cruise missiles, which were said to have been designed in the 1980s as a nuclear delivery system.

The MOD said the nuclear warheads had probably been substituted for ballast, with the Kremlin’s hope likely that the missiles will distract Ukrainian air defences.

“Although such an inert system will still produce some damage through the missile’s kinetic energy and any unspent fuel, it is unlikely to achieve reliable effects against intended targets,” a statement said.

“Whatever Russia’s intent, this improvisation highlights the level of depletion in Russia’s stock of long-range missiles.”

There are growing fears that a major health crisis will hit the Ukrainian people as snow and sub-zero temperatures couple with heating outages.

Previous Convicted Al-Qaeda Terrorist Trainer Sent Back to Britain After Serving US Prison Term
Next Can You Spot the Snipers? Test Your Eyes Against Camouflage