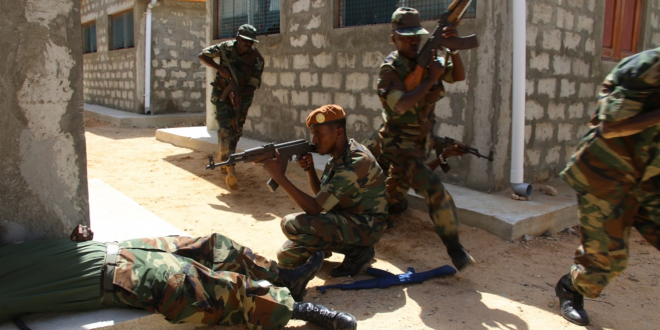 As US Troops Return to Somalia, Officials Aim to Ramp Up Fight Against Emboldened al-Shabaab

Government officials in Mogadishu view the return of U.S. forces to Somalia as a boon to local efforts to fight a resurgent al-Shabaab terror group, sources told Soldier of Fortune.

“If all they do is give advice, that’s a tremendous help,” one official said. “We are very much pleased to see them.”

Formed in the early 2000’s, al-Shabaab (“the Youth”) aims to install an Islamic state in Somalia. Although it has been pushed back by troops from the African Union, the group remains a robust threat to the region – and, the White House says, to U.S. interests.

Earlier this year, the White House said that threats from Somalia are sufficient to merit an extended national emergency declaration.

The new authorization reverses a December 2020 decision by former U.S. President Donald Trump to withdraw American forces out of Somalia, a situation that left U.S. troops “commuting” in and out of the country while stationed nearby.

“Since then, al-Shabaab … has unfortunately only grown stronger,” a White House official said, speaking on the condition of anonymity in order to discuss the new authorization. Al-Shabaab “has increased the tempo of its attacks, including against U.S. personnel,” the official said. “We’re concerned about the potential for al-Shabab’s upward battlefield and financial trajectory to generate more space for the group to plan and ultimately to execute external attacks.”

Al-Shabaab’s increased fearlessness, combined with burgeoning members and increasing wealth, have prompted U.S. officials to see a growing threat to the American homeland.

The recent decision to send troops back to Somalia was welcomed by the former commander of Somalia’s elite U.S.-trained Danab Brigade.

“This is a welcome step because al-Shabab has been emboldened,” Colonel Ahmed Abdullahi Sheikh told VOA.

“Just recently, we saw al-Shabab bring out their technicals and other vehicles we haven’t seen earlier in similar attacks,” he said. “They don’t fear the strikes and the U.S. capabilities as they used to do previously.”

Neither the Pentagon nor the White House would say how long U.S. troops will be in Somalia.

“While there is risk, it is manageable,” White House press secretary Karine Jean-Pierre said.

In November 2020, an American CIA officer was killed in combat in Somalia, according to reports.  The veteran officer served with the CIA’s Special Activities Center, a paramilitary branch that carries out some of the US intelligence agency’s most dangerous tasks.

Gatimu Juma reports from the Horn of Africa.