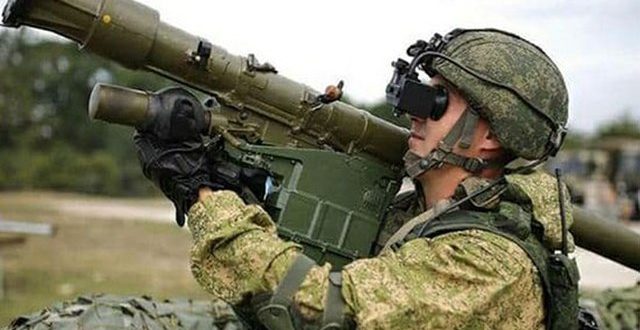 Sources inside Donbas tell Soldier of Fortune that Ukrainian troops have been seen using the relatively new SA-25 VERBA 9K333 systems, which are believed to be the most advanced MANPADS in Russia’s arsenal. The sources have not been able to send photographs, and SOF has not been able to independently verify the reports.

If the reports are true, the Verba would add a significant punch to Ukraine’s weapons stockpile, much as it has bolstered Russia.

The system is believed to improve the accuracy and performance of earlier systems. The weapon features a new generation multispectral optical seeker, which uses three sensors – ultraviolet, near-infrared, and mid-infrared – instead of the dual-waveband infrared used in the earlier Igla-S system. It has a grip stock and a thermal battery, along with a missile launch tube containing the missile.

The Verba reportedly was assigned to units in Russia’s motorised rifle, tank, and airborne brigades, meaning that it theoretically has been used inside Ukraine.

Previous As US Troops Return to Somalia, Officials Aim to Ramp Up Fight Against Emboldened al-Shabaab
Next Explosives Expert Who Staked Out Times Square, Other New York Landmarks, Previously Planted Bomb in Israel