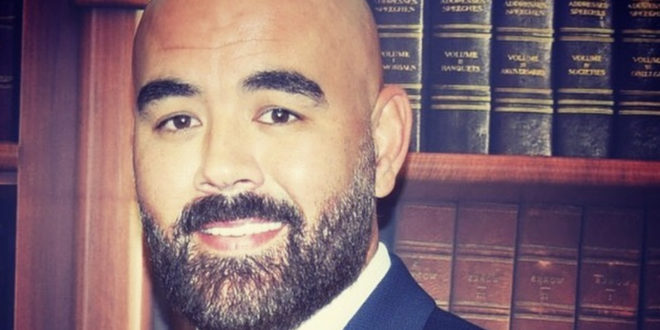 “I now represent VICTORIA WHITE who reached out after months of suffering alone in crippling fear and horrible pain. The evidence will show that when others attempted to break the window she said “STOP! WE DON’T DO THAT!” Even so, she was BRUTALIZED and INDICTED! #JUSTICE4VICTORIA

Your affiant, , is a Special Agent with the Federal Bureau of Investigation (FBI), currently assigned to the Minneapolis Division-Rochester, Minnesota Resident Agency. In my duties as a Special Agent, I investigate domestic terrorism violations and other threats of violent crime. Currently, I am tasked with investigating criminal activity in and around the United States Capitol grounds on January 6, 2021.

As a Special Agent, I am authorized by law or by a Government agency to engage in or supervise the prevention, detection, investigation, or prosecution of a violation of Federal criminal laws.
The U.S. Capitol is secured 24 hours a day by U.S. Capitol Police.

Restrictions around the U.S. Capitol include permanent and temporary security barriers and posts manned by U.S. Capitol Police. Only authorized people with appropriate identification are allowed access inside the U.S. Capitol. On January 6, 2021, the exterior plaza of the U.S. Capitol was also closed to members of the public.

As the proceedings continued in both the House and the Senate, and with Vice President Mike Pence present and presiding over the Senate, a large crowd gathered outside the U.S. Capitol. As noted above, temporary and permanent barricades were in place around the exterior of the U.S. Capitol building, and U.S. Capitol Police were present and attempting to keep the crowd away from the Capitol building and the proceedings underway inside.

During national news coverage of the aforementioned events, video footage which appeared to be captured on mobile devices of persons present on the scene depicted evidence of violations of local and federal law, including scores of individuals inside the U.S. Capitol building without authority to be there. for the full Affidavit

Ashley Babbit was murdered that day.

Attorney Joseph D. McBride discusses the dismal conditions under which his client Richard Barnett was illegally detained on NewsMax’s Cortes & Pellegrino. McBride also discusses the dangers that current January-sixers face every day in the D.C Gulag where they are being illegally held. McBride argues that the Federal Government’s continued pretrial detention of January-sixers has graduated from a violation of their constitutional rights to a violation of their human rights. There comes a point in every American’s life where politics must be cast aside for the bigger issues. That time is now! Close the D.C. Gulag!!