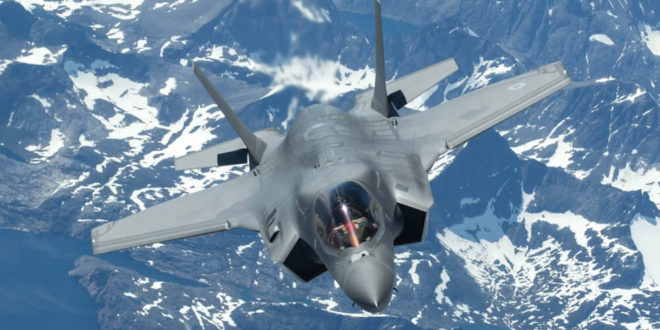 A British warplane worth £100 million crashed into the sea during a take-off attempt and may have hit part of HMS Queen Elizabeth, leaked footage suggests, the Independent reported.

The 16-second video, which surfaced on social media and has not been verified by The Independent, shows the F-35 stealth jet move slowly up the ramp before dropping out of frame as the pilot ejects to safety.

The arrival of the UK’s first F35 Lighting II Stealth Fighter Aircraft at Edwards Air Force Base in the USA on the 13th Jan 2015. The Aircaft was flown in to Edward’s by Wing Commander Jim Beck ,Officer Commanding for 17(R) TES Squadron.

Official confirmation has not been reported.