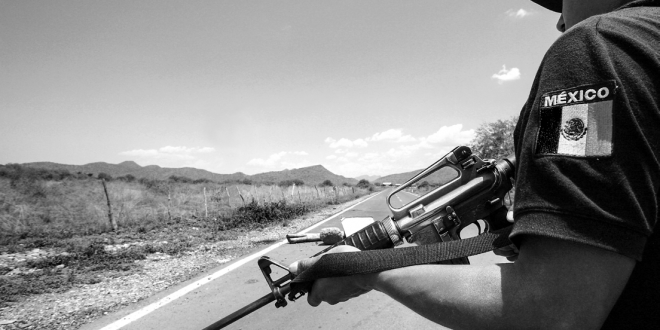 Drug cartels are using migrants as a commodity in order to fund their illicit enterprises, a Mexican police chief said. The cartels hold migrants for ransom, or trade them to human smugglers.

“Organized criminal gangs are financing their operations through migrant trafficking,” Chihuahua state police Chief Gilberto Loya said at a press briefing in Juarez. “This is happening all over the state, but more so along the border. Right now, all polleros (smugglers) are directly linked to organized crime.”

Loya made his comments following the seventh mass migrant-abduction attempt that has occurred over the past three years in Juarez, a Mexican city just across the border from El Paso, Texas. In the most recent incident, armed men in early December hijacked a bus that was carrying 42 migrants.

In late 2022, gang members rammed the gate of a migrant shelter in Juarez, thinking it was a rival gang’s kidnap stash house.

“Gangs are territorial,” Loya said. “They are in a constant battle with (the government) and, from that territorial point of view, they are fighting for the merchandise – and they see migrants as merchandise, not human beings.”

The human “merchandise” is held for ransom, and shelters are threatened with mass kidnappings if they don’t pay “protection,” police officials said.

The driver of the hijacked bus was shot in the shoulder and survived. Around 29 migrants were found, and two kidnappers were arrested.

Cartel involvement in migrant smuggling has grown significantly since 2018, with a spike in the past 18 months, according to police in Mexico.

As of Dec. 13, the U.S. Border Patrol reported that the El Paso Sector alone saw a 280% increase in migrant encounters compared to October last year.

The agency reported that in one 48 hour period, it  apprehended 16,000 illegal immigrants nationwide, and seized $97 million worth of narcotics at the border.

Jose Campos reports on the Spanish-speaking world for Soldier of Fortune.

Previous Springfield Armory MC Operator: A Five Year Update, Zero Regrets
Next A Contractor Heads Back Into the Fray: ‘I Went to Touch the Elephant’