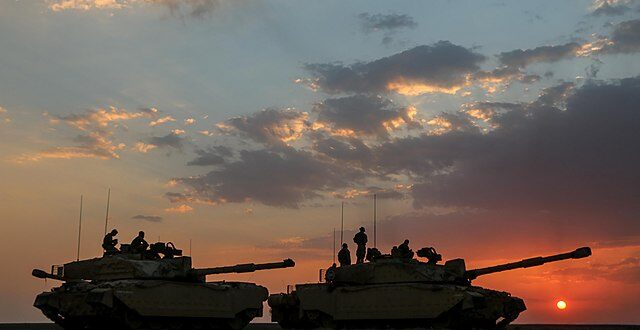 The United Kingdom will send Ukraine a squadron of tanks whose platform is undefeated in battle, the British military says. Prime Minister Rishi Sunak agreed to send 14 Challenger 2 tanks to help the country fight back against Russia’s invasion.

The tanks are among other big ticket packages, such as the Patriot anti-missile system, the West will send to Ukraine.

“It would mean Russia would be fighting an undefeated tank,” a British Army commander told Soldier of Fortune. “The Challenger 2 has never been destroyed by enemy forces.”

After their phone call, Zelenskyy posted on Twitter that he thanked the prime minister “for the decisions that will not only strengthen us on the battlefield, but also send the right signal to other partners.”

In the video above, British Forces News examines the tank that has garnered a glistening service record in Bosnia, Kosovo and Iraq.

Previous The Battle of Kohima, 1944: ‘Sieges Have Been Longer, but Few More Intense’
Next Hero Cop Used Screw Drivers to Pull Her Kayak Through Ice to Reach Stranded Pilot