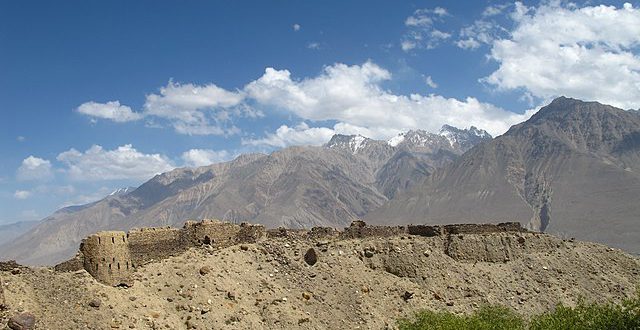 The Yamchun fortress of Tajikistan

Tajik authorities say nine people, including a police officer, have been killed in the volatile Gorno-Badakhshan region as the government tries to quell protests sparked by anger over the lack of an investigation into the 2021 death of an activist while in police custody.

The Interior Ministry said on May 18 that a security officer was killed, and eight soldiers were injured during the latest clashes in the restive region, which borders Afghanistan and China.

It added that 11 were wounded, and more than 70 others were apprehended.

The ministry said they were “active members of a terrorist group.”

The unrest was sparked by protests in recent days that have seen demonstrators take to the streets to demand the resignation of the regional governor and the mayor of the regional capital for their inaction after the death of a kidnapping suspect in police custody in November 2021.

The ministry said the situation in the region was now “stable” and that public transportation and other social institutions had resumed operations. RFE/RL correspondents, however, reported from the region that schools and state entities in Badakhshan remain closed.

According to the ministry, “criminal groups” blocked a highway connecting the Rushon district with the regional capital, Khorugh and clashed with law enforcement officers for a second day as they tried to clear the road.

The Interior Ministry said the decision to start the “anti-terrorist operation” against the protesters was made because the highway was blocked by “members of an organized criminal group with the goal to destabilize the social and political situation” in the region.

It added that the protesters were supported by unnamed international terrorist groups, who, according to the ministry, supplied the protesters with weapons and ammunition and sent their representatives to the region “to conduct terrorist acts.”

The ministry gave no evidence to back up the claim.

The day before, the ministry said one protester was killed and three law enforcement officers wounded as security forces used rubber bullets and tear gas against the protesters.

Four RFE/RL journalists — two from its Tajik Service (known as Radio Ozodi) and two from Current Time — were attacked on May 17 by unknown assailants after they interviewed civil rights activist Ulfatkhonim Mamatshoeva, who was accused by Tajik authorities of organizing the protests.

Mamatshoeva’s relative told RFE/RL that police detained the activist early in the morning on May 18.

The protesters have said their actions are peaceful and that they have a right to peaceful demonstrations.

Opposition groups based abroad have called on Tajik authorities to stop what they called the “persecution of peaceful demonstrators” in Badakhshan.

The protests started earlier in the week after the regional authorities refused to consider the resignation of Governor Alisher Mirzonabot, and Khorugh Mayor Rizo Nazarzoda.

The situation in the restive region that borders with Afghanistan has been tense since November 2021 when security forces fatally wounded Gulbiddin Ziyobekov, a local man wanted on charges of kidnapping. Locals rallied at the time to demand a probe into Ziyobekov’s death.

The rally turned violent when protesters tried to seize the local government building, prompting security forces to fire into the crowd, killing at least one person.

The violence then continued for several days.

Protests are rare in the tightly controlled country of 9.5 million where President Emomali Rahmon has ruled for nearly three decades.

Tensions between the government and residents of the restive region have simmered ever since a five-year civil war broke out shortly after the collapse of the Soviet Union in 1991.

Gorno-Badakhshan, a linguistically and ethnically distinct region, has been home to rebels who opposed government forces during the conflict.

While it occupies almost half of the entire country, its population is a mere 250,000. The region is difficult to travel around because of the mountainous terrain, while its economy is wracked by unemployment, difficult living conditions, and high food prices.

Based on reports from RFE/RL

Previous To Be a Sniper: Skill, Opportunity, Luck – and Weapons; Revisiting Words From Chris Kyle
Next Nordic Arsenal: How Finland and Sweden Would Boost NATO Firepower