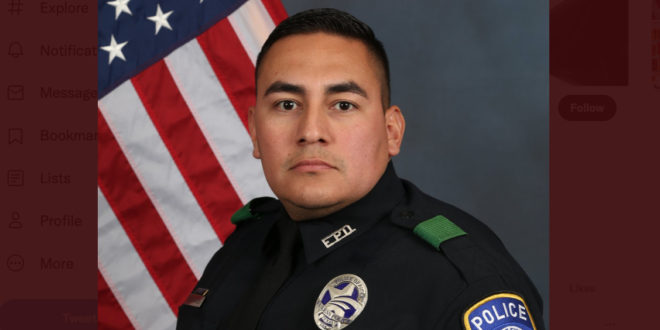 Detective Alejandro "Alex" Cervantes of the

Detective Alejandro “Alex” Cervantes of the Euless Police Department was with his family when a suspected Drunk driver ran a red light and hit their car. Police were dispatched upon the notice that the driver of the other car was fleeing the scene on foot.

His wife is in critical condition, his children being treated with updates unknown. His children were in serious condition at the time of the accident.

Officer Cervantes had served 16 years as a police officer in Texas.

A citizen had apprehended the suspect driver Dylan Molina, 26 who has been charged with one count of intoxication manslaughter and three counts of aggravated assault

In a horrible twist of fate on the same date 27 November but in 1982 another police officer was killed in the line of duty when his car was struck by another drunk driver.