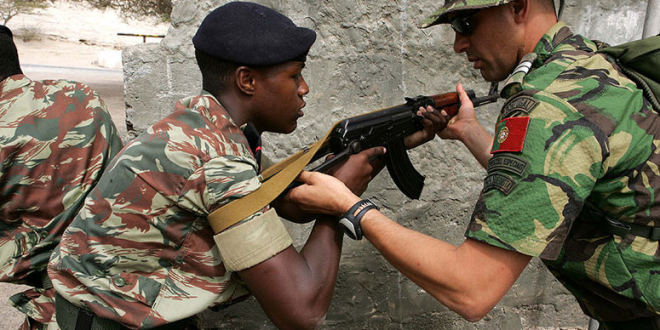 Dozens of Christians, killed in South Sudan, 71 Protestors in Sudan

According to the Barnabus Fund, at least 28 people were killed and 57 houses were burned down in South Sudan by Islamist extremists during a January attack on the Christian community of Yith Pabol, Persecution.org and International Christian Concern reported..

South Sudan is a majority Christian Nation that gained independence in 2011,

On January 6th, Bishop Joseph Mamer Manot told the Barnabas Fund that “massive displacement has happened, and the humanitarian situation is alarming as food and other property have been burned down into ashes, leaving survivors with no shelters, no food and no safe drinking water”.

Islam is now invading South Sudan. They’re saying South Sudan is a strategic place and that [it] will be the gate to Africa [so that] Islam can go to all of Africa,” a believer told Mission Network News after the devastating murders.

Sudan, where the majority is Islam, is also in chaos: Expect civil disobedience on Jan 19 in Khartoum and potentially other states. This may include demonstrations, road blockages and business closures. Security forces may close bridges. Protests and civil disobedience may continue in the coming weeks, the U.S. State Department .

The UN reported on the violence in Sudan. Theoretically, Sudan separated the State from Islamic rule to civil rule in 2020.

Spokesperson Ravina Shamdasani said the human rights situation in Sudan continues to be of serious concern, with peaceful protestors killed or injured on a near-daily basis, as well as an intensifying clampdown on critics and independent journalists.

She cited credible statistics which show 71 people have been killed, and more than 2,200 injured by security forces during protests in the wake of the 25 October military coup, which saw the end of transitional power-sharing with civilian representatives.

Seventeen of the deaths occurred just since the beginning of this year, while seven people were killed on Monday alone, and dozens injured, when security forces brutally dispersed demonstrators in the capital, Khartoum.

The OHCHR Office in Sudan has also noted a pattern demonstrating that more than a quarter of those injured were hit directly by teargas canisters, raising concerns that security forces are firing canisters horizontally, and at individuals, in violation of international standards.

“We repeat our call on the Sudanese authorities to immediately cease the unnecessary and disproportionate use of force – including the use of live ammunition – against peaceful protesters”, said Ms. Shamdasani, speaking in Geneva.

“The use of live ammunition is only permissible as a measure strictly of last resort in case of an imminent threat to life or of serious injury. There need to be thorough, prompt, independent investigations and the authorities have a duty to ensure that perpetrators of human rights violations are brought to justice.”

Meanwhile, a campaign of arbitrary arrest and detention against protesters and journalists continues amid the state of emergency.

OHCHR said security forces have been breaking into activists’ homes, and even entering hospitals to arrest wounded protesters. Assaults against healthcare workers and facilities have also been reported.

The clampdown on freedom of opinion and expression also appears to be increasing through arrests of journalists, home and office raids and searches, ill treatment of journalists, and suspension of licences.

“We call on the Sudanese authorities to stop targeting journalists, to ensure that the rights to freedom of expression and peaceful assembly are fully respected, that peaceful protests are facilitated rather than met with unnecessary and disproportionate force,” said Ms. Shamdasani.

She listed several recent incidents targeting the press, noting that this past Saturday, the authorities revoked the broadcasting licence of Aljazeera Live, the Arabic-language news and events channel that is part of the Aljazeera Media Network.

Sudanese armed forces also reportedly entered the office of Al Araby Television in Khartoum on 13 January and arbitrarily arrested four staff while they were covering a protest from the rooftop of the building.

Police and security forces also stormed the offices of two television channels in the capital on 30 December while they were covering protest marches in the city.  Staff were beaten and harassed, and some office property was also damaged.

Previous The plot thickens in Synagogue attack as U.K. Police arrest two teens
Next Military working dogs have been used to help win battles for generations