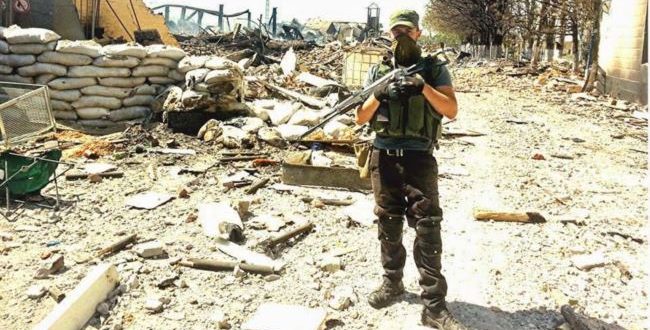 A soldier in Eastern Ukraine

A new attempt to evacuate civilians from Mariupol appears to have failed, with local officials laying the blame on Russian forces who reportedly attacked a metals plant where desperate Ukrainian defenders are holding out in the devastated southeastern port city.

The report of a fresh effort to storm the Azovstal plant comes two days after President Vladimir Putin claimed in a televised meeting that Russian troops would merely seal off the facility in an effort to save Russian lives fighting for the “catacombs” underneath.

Azovstal is thought to be sheltering about 2,000 Ukrainian fighters, with much of the rest of the city already under Russian control.

Oleksiy Arestovych, an adviser to Ukraine’s president, told a briefing on April 23 that Russian forces had resumed bombardment from the air of Azovstal and were trying to storm it.

An aide to the city mayor said some 200 residents had arrived early on April 23 for a planned evacuation but were told by Russian troops to leave and warned of possible shelling.

Both sides have blamed the other for previous failures of attempts to evacuate civilians from the besieged city, which has been encircled since early in the conflict

Elsewhere, Russian forces intensified their assault on eastern and southern Ukraine with “around-the-clock” shelling, dashing hopes for a cease-fire as Easter Sunday approached on the Orthodox calendar.

In the strategic Black Sea port of Odesa, government officials said a Russian missile strike hit a military facility and two residential buildings, killing at least five people and injuring 18, although the reports could not immediately be confirmed.

The Ukrainian presidential office said a 3-month-old child was among those killed.

And Ukrainian governors in the eastern part of the country reported deadly fighting and shelling overnight and throughout April 23, although some reports indicated Russian advances had stalled in the face of strong Ukrainian resistance.