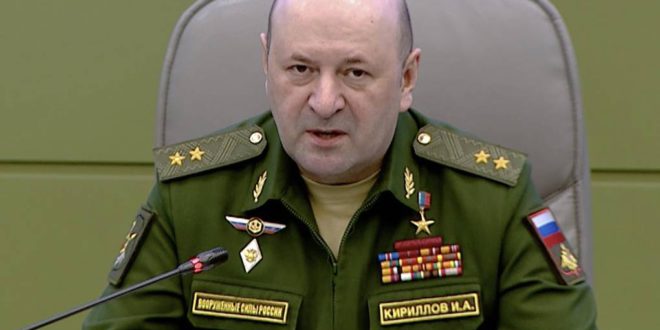 In a fresh effort to shape the narrative surrounding the war in Ukraine, Moscow accused the U.S. on Saturday of planning to say Russia launched nuclear and bio-chemical attacks against its neighbor.

The United States is “preparing provocations” to that effect, according to the accuse the Russian side of using chemical, biological, or tactical nuclear weapons, according to Gen. Igor Kirillov, who heads the Russian Radiation, Chemical, and Biological Protection Force.

Kirillov was quoted by Tass, the Russian state news agency.

“The Russian Ministry of Defense has information about the United States preparing provocations to accuse the Russian Armed Forces of using chemical, biological, or tactical nuclear weapons,” Kirillov said.

According to Kirillov, the plan is a reaction to Russia’s success in the special operation, Tass wrote.

“In March-April of this year alone, the leadership of Western countries regularly made provocative statements about the possibility of Russia using weapons of mass destruction,” Kirillov said.

Moscow may be attempting to cast doubt on a possible forthcoming report about past activities, or to mask plans to use such weapons in future, one western military analyst told Soldier of Fortune.