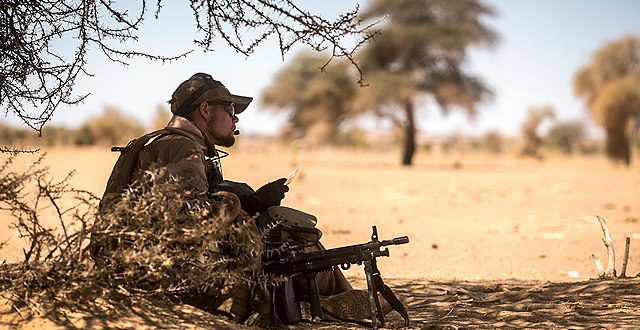 Mali Arrests 49 Troops From Ivory Coast, Accuses Them of Being Mercenaries With a ‘Dark Aim’

Dozens of troops from the Ivory Coast were arrested Monday in Mali for being “mercenaries,” officials in Bamako said.

“It has been established that the 49 Ivorian soldiers were illegally on the national territory of Mali,” government spokesman Abdoulaye Maiga said while appearing on state TV, calling the men “mercenaries.”

News of the arrests spread quickly, sparking speculation on social media that the troops planned to stage a coup.

“The transitional government has decided to refer this case to the relevant judicial authorities,” Maiga said. He noted that the soldiers were armed, and that they carried ammunition. He said the men had no mission order, and they arrived with the “dark aim” of thwarting Mali’s return to constitutional order.

The soldiers were meant to join the UN’s peacekeeping mission, according to a diplomat from the Cote d’Ivoire. The mission – the United Nations Multidimensional Integrated Stabilization Mission in Mali – is known as MINUSMA. The soldiers belonged to a logistical support unit, the diplomat said.

The government of Mali would have been told about the troops and their mission, according to MINUSMA spokesman Olivier Salgado.

Officials in Mali’s capital, Bamako, said that it had not been notified through official channels, and that the troops’ arrival was a “flagrant violation” of its penal code relating to territorial integrity.

The soldiers are being held at a gendarmerie school in Bamako, officials said.

The incident takes place amid increased tensions in Mali, one of the most impoverished and unstable countries in Africa.

Colonels who were unhappy with the government’s handling of a jihadist insurgency seized power in August 2020, and launched another coup in May the following year.

The military junta has said it plans to return the country to civilian rule in 2024.

Additional outside military forces, meanwhile, are working inside Mali. This week Soldier of Fortune will publish a study on the Wagner paramilitary group, compiled for us by the London-based Grey Dynamics private intelligence firm.

Previous Navy Fighter Jet Blown Overboard at Sea
Next The KGB Manual on How to Spot a Foreign Spy: Vodka Martinis, Impeccable Manners, and Eavesdropping