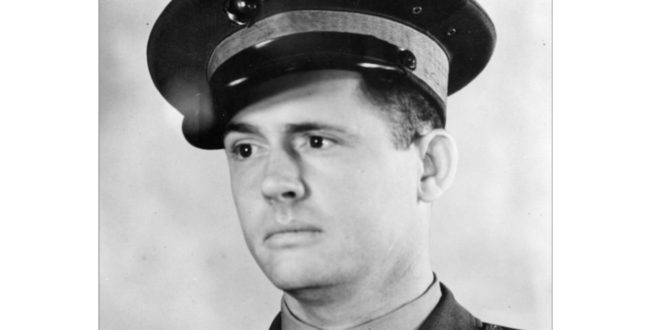 Pearl Harbor wasn’t the only U.S. military base attacked by the Japanese on Dec. 7, 1941. U.S. service members on tiny Wake Island, a strategic base about 2,300 miles further west from Oahu, also defended themselves from enemy invaders. Marine Corps Maj. Henry T. Elrod fought valiantly there in the skies and on land for more than two weeks. While he didn’t survive the battle, his bravery earned him the Medal of Honor.

Elrod was born Sept. 27, 1905, in Rebecca, Georgia, to parents Robert and Margaret. The family moved to Thomasville, Georgia, in 1911, where Elrod grew up with his younger sister, Kate.

According to the Thomasville Times Enterprise, Elrod played football and baseball for Thomasville High School before attending the University of Georgia, where he played football for one year. He then transferred to Yale before joining the Marine Corps in 1927. Elrod received his commission as an officer four years later.

In May 1933, Elrod married Elizabeth Jackson. She was the niece of Navy Rear Adm. R.H. Jackson and went on to become a captain within the U.S. Marine Corps’ Women’s Reserve.

By February 1935, Elrod had earned his wings as an aviator. He served at Quantico, Virginia, before being transferred to San Diego in 1938. In January 1941, he was sent to Hawaii to be the executive officer of Marine Fighting Squadron 211.

On Dec. 4, 1941, Elrod and 11 other pilots in his squadron flew F4F-3 Wildcats to Wake Island. Three days later — technically Dec. 8, 1941, because Wake is on the other side of the International Date Line — the Japanese attacked. Just like that, the U.S. had been thrust into World War II, and Elrod was in the thick of it. But as the simultaneous attack at Pearl Harbor lasted hours, the attack on Wake lasted 15 days. Spotlight: Commemorating World War II

At the start of the bombardment, eight of the 12 Wildcats in MFS 211 were destroyed. Even though the island’s shore defenses were still intact, this meant that only four fighter planes were left to fend off a massive number of enemy forces.

Over the span of several days, Marine Corps Capt. Elrod used one of those aircraft to keep several Japanese planes from landing on the island. He also single-handedly shot down two enemy fighters in a flight of 22. After that, he bombed and strafed the Japanese destroyer ship Kisaragi so many times that it sank. That feat made Elrod the first U.S. pilot to sink a warship from a fighter plane.

Eventually, Elrod’s plane suffered enough damage that it was no longer able to fly, and the remaining Wildcats were no longer airborne, either. In a last-ditch effort to save the island, Elrod helped organize the remaining troops on the ground — many of whom were civilians — into beach defense units to repel waves of Japanese troops trying to come ashore. Several times during that night, Elrod provided cover fire for unarmed ammunition carriers who were resupplying a gun emplacement.

Shortly before dawn on Dec. 23, a Japanese sailor who had hidden himself among the casualties on the beach shot Elrod as he was providing cover fire. He died instantly.

Wake fell to the enemy later that day. The Japanese didn’t surrender the island back to U.S. troops until the end of the war.

Despite the massive American losses recorded at Wake, Elrod’s determination in the air and as a leader on the ground was integral to the fight. On Nov. 8, 1946, Marine Corps Gen. A.A. Vandegrift presented the Medal of Honor to Elrod’s widow during a ceremony in Washington, D.C.

Elrod was initially buried on Wake, but he was reinterred at Arlington National Cemetery in 1947.

His Medal of Honor is housed at the National Museum of the U.S. Marine Corps in Quantico, as are relic pieces of the aircraft he flew during the Wake battle. According to the Georgia Aviation Hall of Fame in which Elrod was inducted in 1995, the cowling of the plane he flew on the day he sank the Kisaragi is in the Smithsonian Institution.

Elrod’s heroics haven’t been forgotten in the Marine Corps. In 1985, a guided missile frigate was commissioned and named USS Elrod in his honor. A street is also named for him at Quantico.