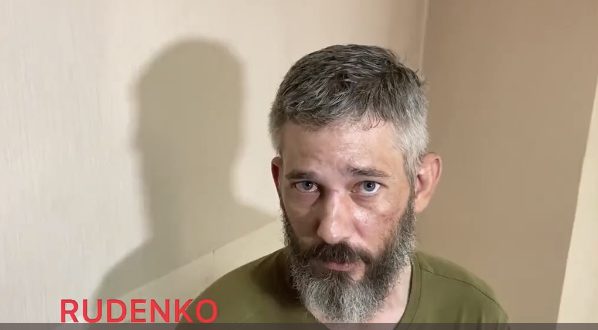 Two Americans who went missing last week in Ukraine have appeared alive and in captivity, in video posted Friday on Twitter.

The two men, U.S. veterans from Alabama, were in Ukraine to help defend against Russian forces. The men hadn’t been seen in days, and were feared to have been captured, according to reports. The men – Alexander Drueke, 39, and Andy Huynh, 27 – surfaced in an undated video on Friday, speaking in English and Russian.

“My name is Alexander Drueke, I am against war,” Drueke says in the video. He repeats the phrase in Russian, “Ya protiv voyny,” meaning, “I am against war.”

Russian state-sponsored journalists on Friday said that the captured men spoke to them from a detention facility in the Russian-controlled sector of Donbas. The RT news outlet published comments attributed to the captured men, warning other foreign fighters to stay home.

The outlet quoted the captives as criticizing Ukraine’s “International Legion,” and praising the Russian captors.

“Both men described fair treatment at the hands of their Russian captors, describing how Russian troops gave them food, warm blankets and cigarettes,” the outlet reported. “However, Drueke said that he has heard rumors that the pair could potentially be sentenced to death.”

The videos and reports did not contain information on a third missing American, former U.S. Marine Captain Grady Kurpasi.

Previous Third American May Be Missing While Fighting in Ukraine: State Department
Next Eyewitnesses to War: Villagers Kept Record of Who Died Inside Airless ‘Dungeon of Death’ in Ukraine