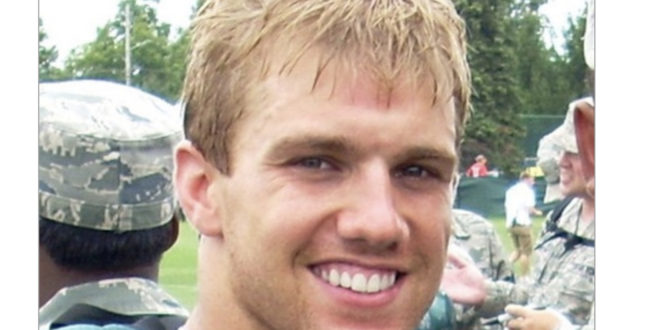 Sports Heroes Who Served is a series that highlights the accomplishments of athletes who served in the U.S. military.

Prior to his NFL career, Hall was in the Air Force.

Hall attended the Air Force Academy from 2004 to 2007, where he lettered in football for three years. During his first year at the academy he was a quarterback. For the next two seasons he was running back and for his senior year he played wide receiver, running back and return specialist.

At the academy, Hall set an Air Force record with 275 yards rushing in a win against Army on Nov. 3, 2007. He also rushed for one touchdown, caught three passes for 19 yards, and returned three punts for 39 yards.

Hall was the only player in the United States to lead his team in rushing and receiving during his senior year. He finished third in the nation in all-purpose yards.

Late in his senior year in 2007, he was among those who were seen as real possibilities for the Heisman Trophy.

After graduating from the academy, Hall served on active duty in the Air Force as a second lieutenant from 2008 to 2009. He was based in Hill Air Force Base in Utah as a maintenance officer, assigned to the 421st Aircraft Maintenance Unit of the 388th Maintenance Group.

Following his two years of active service, he transferred to the Air Force Reserve.

Hall attributes his success to his Air Force background.

“For the cadets at the academy now, I’d say just because you go to the academy, it doesn’t mean you can’t follow your dreams and do anything you want, whether it’s right away or after finishing your service commitment. Whether it’s flying an aircraft or playing professional sports, you just keep on grinding and keep on fighting for that goal. If you work hard enough, your dreams can come true.”

Previous ‘Major Non-NATO Ally’ Designation for Qatar as the Alliance Globalizes
Next China takes Taliban Under its Wing, Has Access to U.S. Military Assets