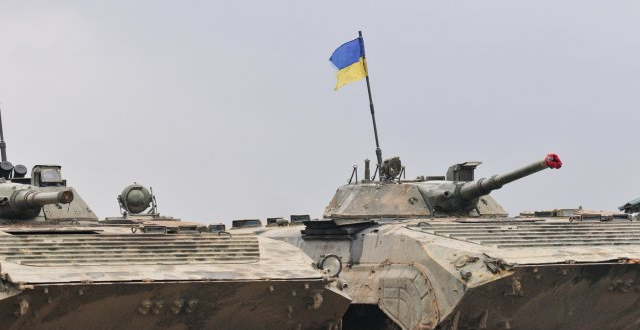 ‘One of the Most Violent Battles’ in European History: The Fight for Donbas

Russia now controls about 80% of Ukraine’s eastern industrial city of Sievierodonetsk and has destroyed all three bridges leading out of it, Luhansk regional governor Serhiy Haidai said Tuesday.

With Russia’s destruction of bridges, Haidai acknowledged that a mass evacuation of civilians from Sievierodonetsk now is “simply not possible” because of Moscow’s relentless shelling and fighting in the city.

He said Ukrainian forces have been pushed to the outskirts of the city because of “the scorched earth method and heavy artillery the Russians are using.”

But Haidai told The Associated Press that Russian forces had not blocked off access to the city, leaving Ukraine with “an opportunity for the evacuation of the wounded, communication with the Ukrainian military and local residents.”

About 12,000 of the city’s original population of 100,000 remain, with 500 civilians sheltering in the Azot chemical plant, which is being shelled by the Russians.

Russian Colonel-General Mikhail Mizintsev said a humanitarian corridor will be opened Wednesday to evacuate civilians from the chemical plant, but that they will be taken to the town of Svatovo, which is under control of Russian and separatist forces.

Slowly, but relentlessly, Russia appears to be gaining the upper hand in the fight for control of the Donbas region, which encompasses the Luhansk and Donetsk provinces of Ukraine that Russia recognizes as independent states.

“The situation is difficult,” Ukrainian President Volodymyr Zelenskyy said at a news conference Tuesday with Danish media. “Our task is to fight back.”

Zelenskyy said the battle for the Donbas region “will surely go down in military history as one of the most violent battles in Europe.”

“For us, the price of this battle is very high. It is just scary,” Zelenskyy said late Monday.

He repeated a call for partner countries to send Ukraine modern artillery to use against Russian forces.

Zelenskyy’s adviser, Mykhailo Podolyak, said Monday that Ukraine is waiting for a decision on more military aid as participants in the U.S.-led Contact Group meet Wednesday at NATO headquarters in Brussels.

Previous How The KGB Caught America’s ‘Volkswagen Spy’: A Story of Cold War Espionage
Next The Hunt is On For Two American Veterans Missing in Ukraine