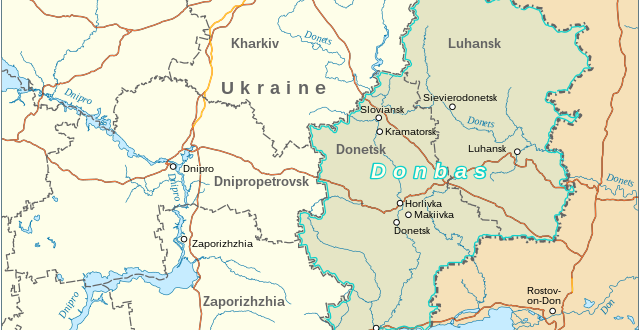 The Hunt is On For Two American Veterans Missing in Ukraine

The U.S. is working to “determine the exact nature of what happened” to two Americans who have been reported missing while fighting in Ukraine, according to a State Department official.

“We’re trying to determine their whereabouts,” and bring the fighters to safety, the official told Soldier of Fortune.

The two U.S. veterans from Alabama who were in Ukraine assisting in the war against Russia haven’t been heard from in days and are missing, members of the state’s congressional delegation said Wednesday. Fears grew on Thursday that the men have been captured.

Relatives of Andy Tai Ngoc Huynh, 27, of Trinity and Alexander Drueke, 39, of Tuscaloosa have been in contact with both Senate and House offices seeking information about the men’s whereabouts, press aides said.

“The US Embassy have assured me that they are doing everything they can to find him and that they are searching for him alive, not dead,” Lois Drueke told the British newspaper, the Telegraph. “I am doing my best not to fall apart, I am going to stay strong. I am very hopeful that they will keep him to exchange for Russian POWs.”

Rep. Robert Aderholt said Huynh had volunteered to fight with the Ukrainian army against Russia, but relatives haven’t heard from him since June 8, when he was in the Kharkiv region of northeastern Ukraine, which is near the Russian border. Huynh and Drueke were together, an aide to Aderholt said.

“As you can imagine, his loved ones are very concerned about him,” Aderholt said in a statement. “My office has placed inquires with both the United States Department of State and the Federal Bureau of Investigation trying to get any information possible.”

Rep. Terri Sewell said Drueke’s mother reached out to her office earlier this week after she lost contact with her son.

The U.S. State Department said it was looking into reports that Russian or Russian-backed separatist forces in Ukraine had captured at least two American citizens. If confirmed, they would be the first Americans fighting for Ukraine known to have been captured since the war began Feb. 24.

“We are closely monitoring the situation and are in contact with Ukrainian authorities,” the department said in a statement emailed to reporters. It declined further comment, citing privacy considerations.

John Kirby, a national security spokesman at the White House, said Wednesday that the administration wasn’t able to confirm the reports about missing Americans.

“We’ll do the best we can to monitor this and see what we can learn about it,” he said.

However, he reiterated his warnings against Americans going to Ukraine.

“Ukraine is not the place for Americans to be traveling,” he said. “If you feel passionate about supporting Ukraine, there’s any number of ways to do that that that are safer and just as effective.”

A court in Donetsk, under separatist control, sentenced two Britons and a Moroccan man to death last week.

U.S. Rep. Adam Kinzinger tweeted that the Americans “have enlisted in the Ukrainian army, and thus are afforded legal combatant protections. As such, we expect members of the Legion to be treated in accordance with the Geneva convention.” It was unclear whether Kinzinger, an Illinois Republican, had any further information about the men.

He was commenting on a tweet sent earlier Wednesday by Task Force Baguette, a group of former U.S. and French servicemen, saying that two Americans fighting with them were captured a week ago. The group said Ukrainian intelligence confirmed the information.

Early in the war, Ukraine created the International Legion for foreign citizens who wanted to help defend against the Russian invasion.

With reporting by VOA.

Previous ‘One of the Most Violent Battles’ in European History: The Fight for Donbas
Next Third American May Be Missing While Fighting in Ukraine: State Department