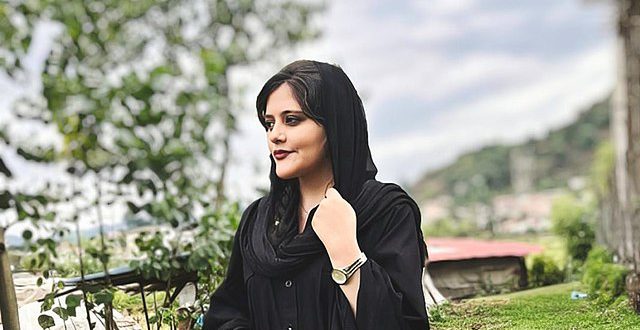 Protests Spread Across Iran After Woman Died In Police Custody  

Streets throughout Iran are teeming with anti-regime protesters who are enraged that a young woman died after being beaten by the “morality” police who accused her of not properly wearing a mandatory head scarf.

Mahsa Amini, 22, was arrested in Tehran on Sept. 13 while visiting the capital. She died three days later in a hospital after slipping into a coma while in the custody of the police, who have maintained that she suffered a heart attack while denying claims by activists that she may have been beaten while taken to the police station to be “educated.”

Her family has said that Amini didn’t have any previous health problems. Her father, Amjad Amini, told an Iranian news website that witnesses saw her being shoved into a police car.

The U.N. human rights spokeswoman Ravina Shamdasani said Amini fell into a coma shortly after collapsing at the Vozara Detention Center in Tehran.

“There are reports that Ms. Amini was beaten on the head with a baton, and her head was banged against the vehicle by so-called morality police,” she said. “Authorities have stated that she died of natural causes… In recent months, the so-called morality police have expanded street patrols, subjecting women perceived to be wearing a “loose hijab” to verbal and physical harassment and arrest.”

Protesters have railed against the fundamentalist ruling mullahs, clashing with police in major cities.

“Women have ripped the scarves from their heads,” according to one young man speaking from Tehran. “I saw many women set the headscarves on fire.”

Protesters chanted slogans such as, “Death to Khamenei,” and “Down with the dictator.”

Security forces responded with live ammunition, pellet guns, and tear gas. Around five people were reported killed, with many more hurt or arrested.

Amini’s death came amid a tightening of Iran’s hijab crackdown and increased pressure on women who flout the rules.

Previous ‘Pyro’ Was Famous for Sprinting Through the O-Club With a Flaming Newspaper Tucked In His Butt; And Then Came the In-Flight Emergency
Next Flights Leaving Russia Sell Out as Men Flee Putin’s Conscription Order