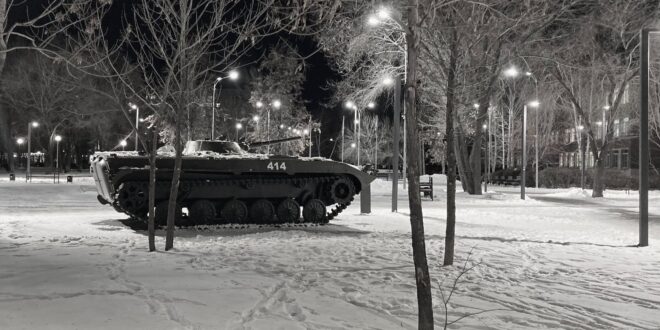 Putin’s Christmas Truce: A 36-Hour Nod to Faith, Or a Cynical Trap for Ukraine?

Russian President Vladimir Putin on Thursday ordered a 36-hour cease-fire in his war against Ukraine over the Orthodox Christmas holiday.

He ordered Russian troops to stop attacks for a day and a half on its neighboring country starting at noon on Friday, the Kremlin said. Many Orthodox Christians, including those living in Russia and Ukraine, celebrate Christmas on January 6 and 7.

Patriarch Kirill of Moscow, head of the Russian Orthodox Church and a supporter of Putin’s invasion of Ukraine, called on Thursday for both sides of the war in Ukraine to observe a Christmas truce. But the Kyiv government dismissed it as a cynical trap.

In an order, Putin said, “Proceeding from the fact that a large number of citizens professing Orthodoxy live in the areas of hostilities, we call on the Ukrainian side to declare a ceasefire and allow them to attend services on Christmas Eve, as well as on Christmas Day.”

Ukraine referred to Putin’s order as “hypocrisy” after earlier scoffing at Kirill’s appeal for a cease-fire.

Mykhailo Podolyak, a senior aide to Ukrainian President Volodymyr Zelenskyy, characterized the Russian Orthodox Church as a “war propagandist” that had incited the “mass murder” of Ukrainians and the militarization of Russia.

“The statement of the Russian Orthodox Church about the ‘Christmas Truce’ is a cynical trap and an element of propaganda,” he said.

There was no immediate public response from the United States, which along with its Western allies has supplied billions of dollars of weaponry to help Kyiv’s forces fend off the Russian invasion.

Separately on Thursday, Turkish President Recep Tayyip Erdogan told Putin that negotiations to halt Russia’s invasion of Ukraine should be supported by a unilateral cease-fire.

Erdogan’s office said he and Putin spoke by phone Thursday, and that peace talks should include a “vision for a fair solution.”

The Turkish leader has tried to mediate an end to the conflict, and Turkey helped negotiate agreement with Russia and Ukraine to facilitate grain exports. Erdogan’s was expected to speak with Ukrainian President Volodymyr Zelenskyy on Thursday.

Another call for peace Thursday came from Patriarch Kirill, head of the Russian Orthodox Church, who appealed for all parties to observe a cease-fire during the Orthodox Christmas holiday this week.

French President Emmanuel Macron told Zelenskyy on Wednesday that France would send light AMX-10 RC armored combat vehicles — a light tank model the French military has used since the 1980s but is being phased out — to help its war effort against Russia, a French official said.

“The president [Macron] wanted to increase … aid” to Ukraine by delivering the AMX-10 RC light tanks, a Macron aide told reporters on condition of anonymity after the call. “It is the first time that Western-designed tanks are supplied to the Ukrainian armed forces.”

“This is something that sends a clear signal to all our partners. There is no rational reason why Ukraine has not yet been supplied with Western tanks,” he said.

France did not say how many of the combat vehicles would be given to Ukraine.

While traveling in Kentucky, Biden was asked by reporters whether the U.S. was considering providing Ukraine with the Bradley, “a lightly armored, fully tracked transport vehicle that provides cross-country mobility, mounted firepower and protection from artillery and small-arms fire.”

Nearly 11 months ago, Russian President Vladimir Putin ordered the invasion of Ukraine, saying the pro-Western country needed to be “demilitarized” and “de-Nazified.” The United States and Western allies have criticized the military action and are providing financial and military aid while also leveling multiple rounds of sanctions against Russia.

France has provided Kyiv with state-of-the-art artillery, armored personnel carriers, anti-aircraft missiles and air-defense systems. The U.S. has provided Ukraine with more than 2,000 combat vehicles, including 477 Mine Resistant Ambush Protected Vehicles and more than 1,200 Humvees, The Associated Press reported.

In December, Biden also announced the U.S. would for the first time send Ukraine a Patriot missile battery, the most advanced surface-to-air missile system the West has provided to help repel Russian aerial attacks.

Putin dismissed the announcement of the weapons system, saying they were old and Russia’s missile systems would shoot them down.

“The Patriot air defense is outdated. An antidote will always be found. … Russia will knock down the Patriot system,” he said at the time.

Previous ‘The Mother’: A Soldier’s Haunting Encounter in Iraq
Next Tiny Black Hornet Spy Drones Buzz the Battlefields in Ukraine