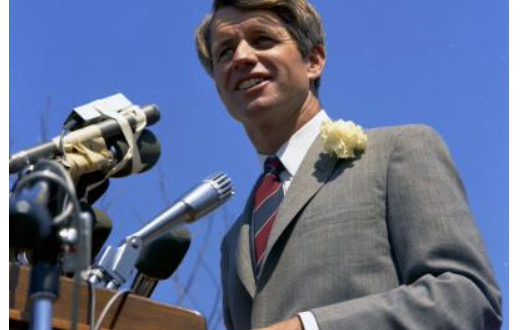 Governor Gavin Newsom will soon decide the fate of Sirhan Sirhan, the man convicted of killing my father, Senator Robert F. Kennedy, in 1968.

After more than 50 years in prison, the state’s own psychiatrists and the parole board deem that Sirhan poses no threat to society. …………

I hope that Governor Newsom will also consider the overwhelming evidence that Mr. Sirhan is not my father’s killer, a fact that authorities knew at the time of his  conviction. For this reason, I have also called for a new investigation into the case…..

Records of the case demonstrate that LAPD’s two lead investigators—men with confirmed CIA ties—bullied and badgered eyewitnesses to change their statements regarding the number of shots, and to silence those who saw Cesar draw and shoot his gun, and those who reported conspirators dashing from the scene. Police inexplicably and illegally destroyed thousands of pieces of evidence, including 2,410 photographs of the crime scene before and after the shooting, as well as the doorframes and ceiling tiles in the pantry with vital bullet evidence, while Mr. Sirhan’s case was still on appeal. A notoriously corrupt LAPD criminologist fabricated ballistics evidence to frame Sirhan using a gun of the same caliber from the police evidence locker to conceal the fact that Sirhan’s bullets did not match those that hit my father. Sirhan’s anemic defense team never challenged the prosecutor’s inconsistencies. Sirhan’s attorney was himself facing criminal charges for illegal conduct on behalf of mob boss Johnny Roselli, who played a key role in the CIA’s Castro assassination program. Sirhan’s trial was akin to a sentencing hearing. This attorney bullied Sirhan into conceding guilt at the outset and actively blocked the inclusion of ballistics and other evidence that might have proven him innocent.

I believe Cesar killed my father. He was in the exact position to fire the shots as described in the autopsy. Three witnesses saw him draw his gun—which he later admitted—and one saw him fire it. He repeatedly lied to the LAPD about owning the same caliber gun as the one used by Mr. Sirhan, about his gunplay that night, and about how he disposed of the weapon. The LAPD never bothered to examine the gun.

‘Our Country Is Under Attack’: RFK, Jr. Speaks on CIA and Totalitarianism 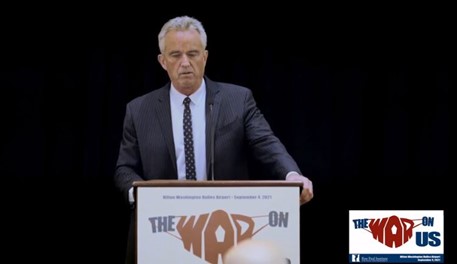 In his speech — described by the Ron Paul Institute as “a compelling indictment of the mad push to total control” — Kennedy said the techniques used by government officials during the COVID pandemic to “edge people into subservience” come straight out of the Central Intelligence Agency (CIA) manuals he researched for his book, “American Values.”

He said the manuals provided a playbook for how to destroy local businesses, the economy, institutional and social structures and social relationships. He said the purpose was:

“ … to create chaos that will then create enough people in that country who will allow a foreign entity to come in and clamp down on centralized control. And almost all of the techniques that are outlined in those manuals are the same techniques that they were practicing in these simulations year after year with hundreds of thousands of people.”

Kennedy described a recent simulation, Event 201, a pandemic “tabletop exercise” that simulated a global pandemic nearly identical to COVID. The event took place in October 2019 at the Johns Hopkins Center for Health Security.

Describing CIA operations and organized mind control programs at top universities, conducted on “expendable” subjects such as military and the incarcerated, Kennedy said the same techniques are used in today’s lockdowns:

“The most potent technique, incidentally that they learned again, and again, and again — more potent than physical torture — was isolation … And they did this in sensory deprivation tanks … and also just locking people in solitary confinement.

“You can get [people] to do almost anything you want after a certain period of time. It will drive them mad, because we’re social animals, we’re social beings. And when you tear the social fabric, it makes people desperate, fearful and obedient to do anything.”

Kennedy detailed America’s response to pandemics throughout history and explained the significance of the First Amendment to the US Constitution which guarantees the right to free speech.

“If a government can hide what it’s doing by censoring its opponents and silencing dissonants, it has license to do anything that it wants,” Kennedy said.

He said what happens when you have a population of fear, “you have the complete obliteration of critical thinking, and then people stop asking questions.”

Kennedy described how the rules and regulations handed down during the pandemic have been manipulated to point where no one recognizes the country as a democracy anymore:

Kennedy cited parallels in books he’s read by George Orwell and science fiction writer, Robert Heinlein, with what he sees all over the civilized world. He said his forthcoming book, “The Real Anthony Fauci,” is a real-world account of what seems to him as surreal as science fiction:

“I’m about to publish this book on Anthony Fauci, and part of my journey in writing that book — and it’s taken me more than a year of really intense research — was it took me kind of on that journey to try and explain how this could have happened in America.

“And one of the things that I discovered during this process is what’s happening now is this lockstep imposition of totalitarian controls — not just in America, but in every one of the liberal democracies in the world, and all of the other countries in the world.

“China moved into Hong Kong and banned the last democratic newspaper. Everywhere in the world, we see democracy and constitutional rights disappearing. And it all happened at once, as if it was planned.”

Kennedy compared the two ways American people respond to totalitarian control by detailing the conclusions of Stanley Milgram’s electric-shock studies of the 1960s.

Milgram recruited subjects from every walk of life to learn how many people would torture and potentially kill a person sitting in the next room with the turn of a “supposed” electric dial.

“And the dial would supposedly administer electric shocks to a person sitting in the next room who they could not see. And they could hear the screams and the pleading and the crying, the agony that they were causing and the begging. And they had a guy who was dressed as a doctor in a white lab coat who was telling them, ‘turn it up higher at different intervals.’ Many of the people who were turning it up were crying, because they didn’t want to do it because it clashed with essential values. It clashed with their conscience.”

In the end, however, the Milgram experiment found more people followed “doctors’ orders” than their own conscience.

“Sixty-seven percent of the people — of the Americans — liberal, conservative, etcetera — who were told to do that turned that dial-up to 450 volts,” Kennedy said. “It said on the dial: ‘Potentially Fatal’ and they were willing to kill somebody if a doctor told them to do it,”

Kennedy praised the doctors and scientists who have the courage to speak up on medical protocols that work for COVID. He said the fact that they are being silenced is “not America … it’s not debate. It’s not, ‘let me see your evidence. It’s ‘these people are dangerous. They need to be silenced.’”

He ended by calling for action:

“You know, what all of us need to understand is that our country is under attack right now … What is our country? Is it just a place where you can come and accumulate a big pile for yourself and whoever dies with the most stuff wins, or is it the landscapes? Is it the purple mountains majesties? Is it the population, the diversity, etcetera?

“It’s all those things. But more than anything else it’s our Constitution. It’s the statement of shared values that holds us all together as a people. And we’re saying to the rest of the world that we believe something in our country, more strongly than anybody else believes, which is that we have to love our liberties more than we fear a disease.”

Previous A MAGNIFICENT FIGHT: Marines in the Battle for Wake Island
Next Britain’s Special Forces, SAS, the Legends