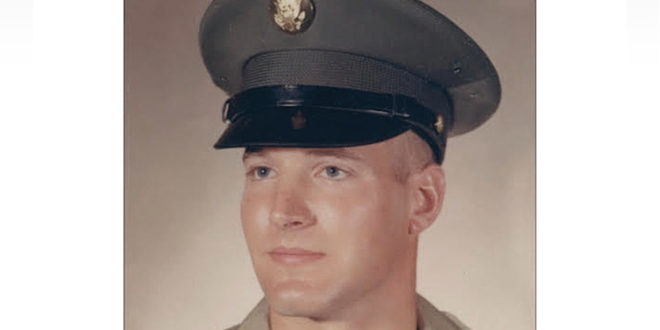 Harris “Hurley” Haywood is a world-class race car driver and a Vietnam veteran.

Haywood, born in 1948, said he got his ambition for automobiles when he was young. The Chicago native spent summers working on his grandparents’ farm west of the city, sometimes driving a pickup truck to help out. He was later given a car that he drove on the property.

“I started driving a full-sized car around the farms when I was 12 years old,” he said. “So by the time I got to be 16, I was pretty well-versed on how to handle an automobile.”

That early start paid off.

In 1970, during the Vietnam War, Haywood was drafted into the Army. He served as a specialist 4 with the 164th Aviation Group near Saigon.

Of his Vietnam experience, he said, “You had to grow up pretty quickly when you’re getting shot at. It tends to get you sober in a hurry.”

As to how that experience in Vietnam applied to racing, he said: “One of the things in the military I used every day in my racing career was the ability to adapt to change. People say to me, ‘What trait does a racing driver need to have?’ I say it’s the ability to adapt to change because the environment was constantly changing in a race car, and if you don’t adapt to those changes, you’re going to go to the back of the pack.

“It’s the same thing in the military. If you get too locked into one thing, you’re not going to be able to react quickly enough. That part was hugely beneficial to me on the professional side … I think that when I came back to the states in 1971 and started racing, I had a huge advantage over my peers at that point because they didn’t have that experience.”

Today, Haywood is the chief driving instructor at the Porsche Track Experience, held at the Barber Motorsports Park outside Birmingham, Alabama.