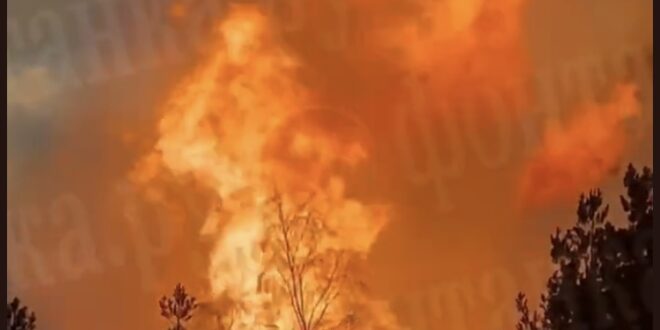 Reports on social media on Saturday depict a massive explosion and fire erupting at a gas line near St. Petersburg, Russia. It is the latest in a series of events wherein explosions hit Russian sectors.

The latest explosion is the result of “a gas pipeline depressurization between Berngardovka and Kovalevo,” Gov. Alexander Drozdenko said on Telegram. “There is no threat to the population and the spread of fire to residential areas.”

No one was hurt in the blast, according to Russia’s state owned news agency, Tass.

“The Russian Investigative Committee may open a criminal case into industrial negligence after the accident at the gas pipeline,” officials in Moscow said.

Previous The Cuban Missile Crisis: The Old Guard Still Lurks in the Shadows, Hinting of Secrets That Vanished With Time
Next First Look: The PGM Precision ‘Ultima Ratio’ Sniper Rifle Whose Name Was Engraved on French Cannons