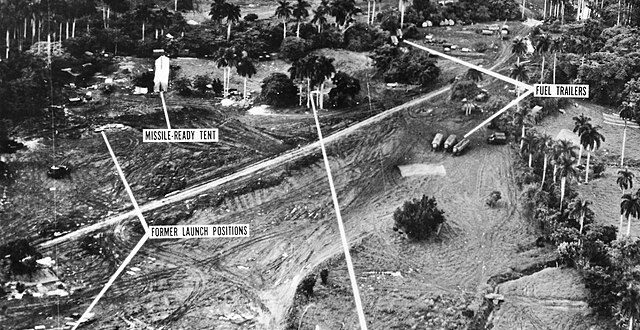 This is one of those times when running Soldier of Fortune gets interesting. Make that, really interesting. Folks frequently emerge from the shadows to fill me in on mysteries from years gone by, offering to show me old files, or point me in the “right” direction about various unsolved puzzles from decades past. Their suggestions are fascinating, important, and sometimes also meaningless. Without a trove of documents and eyewitness statements to bolster these revelations, there’s not much I can do. I’m left with intriguing leads and coincidences, and not much more.

To many of these would-be sources, Oct. 16 was a great time to offer the “truth.” The date marks the anniversary of when the Cuban Missile Crisis unfolded involving U.S. President John F. Kennedy, Soviet Premier Nikita Krushchev, and Cuban revolutionary leader Fidel Castro.

The crisis was long in the making, but the intense portion extended from Oct. 16 – Nov. 20, 1962. In very basic terms, that’s when Kennedy, Castro, and Krushchev faced off over who would maintain nuclear weapons, and where. The American people were shocked to learn amid all this that Castro was hosting Soviet nuclear missiles that could reach far into the U.S. mainland and other strike zones.

Over the course of the crisis, events occurred that could have spun out into full scale conflict. Some say it was the closest the world has come to nuclear war.

What does this all have to do with Soldier of Fortune? Nothing, other than we are a media outlet that sources connect with. When sources emerge, as many have, they sometimes say they want to set the record straight; or vindicate this one or that one. They may have good information. Or they may spin a few tales that become convoluted rabbit holes.

At this point, do the Cuban Missile Crisis rabbit holes matter? It all took place a long time ago. The crisis was resolved, and the secrets have vanished with time – or have they?

Meanwhile, newer and far more pressing mysteries have emerged. And they, too, one day will fade, to be remembered only by an ever-shrinking cadre of old timers.

Previous Who is Viktor Bout, the Russian ‘Merchant of Death’ Who Could Be Swapped for Brittney Griner?
Next Russian Gas Line Explodes Near St. Petersburg, Videos Show