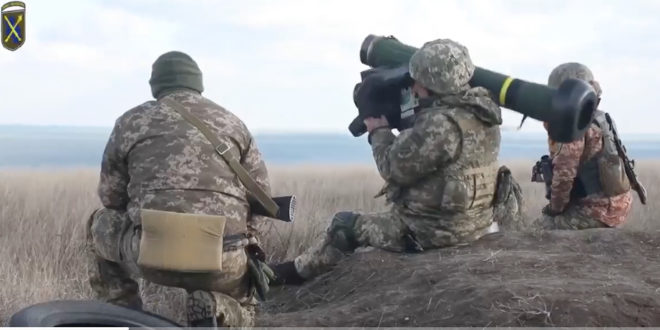 Russia has taken control of half or more of the eastern Ukrainian city of Sievierodonetsk that plays a pivotal role in Moscow’s attempt to capture the industrial Donbas region, the city’s mayor and a Ukrainian regional governor acknowledged Tuesday.

Luhansk’s regional governor, Serhiy Gaidai, said that after days of fierce fighting between Russian and Ukrainian troops, Moscow’s forces control most of the city but have not surrounded it.

He said in an online post that intense Russian shelling had made it impossible to deliver humanitarian supplies or evacuate the 13,000 people still sheltering in the devastated city that once had a population of 100,000.

Mayor Oleksandr Striuk told The Associated Press that Russian forces, in a “frenzied push,” had seized half the city.

“The city is essentially being destroyed ruthlessly block by block,” Striuk said. He said heavy street fighting is continuing along with artillery bombardments.

The head of the Luhansk regional military administration says Russian troops control most of the city of Syevyerodonetsk but fears that Ukrainian forces will be surrounded are unfounded.

Serhiy Hayday told RFE/RL’s Ukrainian Service on May 31 that the Ukrainian forces were able to maneuver.

“The military is calmly defending its positions,” he said, adding that the city was 90 percent damaged and most of the damage was “practically irrepairable.”

Hayday also said that Russian troops were not able to completely capture the Luhansk region, which the Ukrainian military has been defending for four months.

Hayday also said a Russian air strike hit a tank containing nitric acid at a chemical plant in Syevyerodonetsk. He warned remaining residents of the city not to leave their homes.

Ukrainian President Volodymyr Zelenskiy said the air strike was “just crazy” but said it was “no longer surprising that for the Russian military, for Russian commanders, for Russian soldiers, any madness is absolutely acceptable.”

A pro-Moscow separatist representative said the tank had “exploded” on territory controlled by Ukrainian forces.

“At the Azot chemical plant, a container with chemicals was blown up. Preliminarily, it is nitric acid,” Rodion Mironchik, a representative of Russia-backed separatists who call the territory they control the Luhansk People’s Republic, said on Telegram.

Zelenskiy also reported that Ukrainian forces have had some success near the southern city of Kherson and are advancing in parts of the Kharkiv region to the east of Kyiv.

“Our defenders are showing the utmost courage and remain masters of the situation at the front despite the fact the Russian army has a significant advantage in terms of equipment and numbers,” he said in his nightly address.

Reported by VOA and RFE/RL.

Previous ‘To Hell With the Chain of Command’: Uvalde Police Planned to Defy Orders, Breach School, Officers Say
Next Burn Pits May Force the Military to Acknowledge Generations of Poisoned Veterans