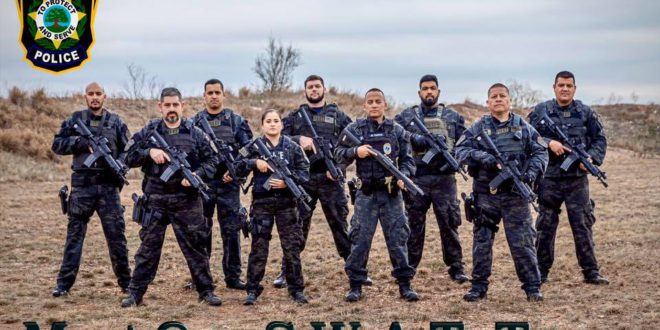 “And then BORTAC arrived…”

Uvalde, Texas – As anger against local police officials continues to mount inside this close-knit community, individual police officers told Soldier of Fortune they began hatching a plan last week to defy their own commander who ordered them to remain outside Robb Elementary School while a killer holed up in a classroom of fourth graders.

“We wanted to go in, and were told not to,” one officer said. “It got to the point where some of us said, to hell with the chain of command, we’re going in.”

The officers talked to Soldier of Fortune while citizens increasingly denounce local police for not acting quickly enough to save lives inside the school.

Critics particularly have honed in on Uvalde Police, who announced in February 2020 that the department has a fully-outfitted SWAT unit that had trained to respond to local schools.

“Hi, Uvalde SWAT team,” politician Spike Cohen wrote on the Uvalde Police Facebook post depicting the SWAT unit. “Why did you stand outside of the school and, instead of stopping the active shooter, focus instead of threatening and arresting the horrified parents outside who were begging you to do something?”

The officers who wanted to storm the school during the rampage did not name the officials who told them to wait outside the school, but much public attention has been focused on Peter Arredondo, the chief of police for the Uvalde Consolidated Independent School District. According to reports, Arredondo prevented at least 19 officers from storming the school while a gunman was inside with young children.

Arredondo believed that the shooter had barricaded himself inside a classroom, and that the children were not under an active threat, according to Steven McCraw, the director of the Texas Department of Public Safety.

“From the benefit of hindsight where I’m sitting now, of course, it was not the right decision. It was a wrong decision. Period. There was no excuse for that,” McCraw said at a Friday news briefing. “There were plenty of officers to do what needed to be done, with one exception, is that the incident commander inside believed he needed more equipment and more officers to do a tactical breach at that time.”

Arredondo believed there was no active threat, McCraw said. He did not explain why Arredondo had come to that conclusion.

Individual officers in Uvalde told Soldier of Fortune the mistake was “incomprehensible.”

“How would he know there was no active threat?” one officer asked. “Did he have a crystal ball?”

“We wanted to go in, and they ordered us to stay outside,” another officer said. “That goes against basic humanity.”

It also goes against standard police procedure, according to outside observers.

“You must go to the threat and neutralize, using your best shoot, move and communicate skills,” said one law enforcement official who serves in another jurisdiction. “And every round fired by the active shooter quickens the pace and the precision of the responding officer.”

The carnage began Tuesday morning when 18 year old Salvador Ramos, a local resident, shot his grandmother at home, and then fled the scene in her vehicle, police said. Ramos crashed in a ditch, and proceeded on foot towards Robb Elementary School. He shot at two people outside a funeral home, and then fired several times at the school. He entered the school at around 11:30 a.m., and began shooting.

For more than an hour, police officers stood outside, waiting to be sent in to take down the killer.

“We were boiling over, planning to go in on our own,” when a tactical unit arrived from the Border Patrol, one officer said. They, too, were told to wait outside.

But the federal team from the Border Patrol Tactical Unit, known as BORTAC, waited only a short while. They decided on their own to ignore the directive, and entered the school, police sources said. Other officers joined them.

“Risking their own lives, these agents and other officers put themselves between the shooter and children, to draw the shooter’s attention away from potential victims and save lives,” said USBP chief Raul Ortiz. “At least one agent was wounded by the shooter during the exchange of gunfire.”

A BORTAC officer killed the gunman. By that time, 19 young children and two teachers were dead. Many more were injured.

Previous ‘We Don’t Have Funerals in Combat Zones’: A Soldier Remembers
Next Russian Troops Take Control of Syevyerdonetsk in Eastern Ukraine, Officials Say

Share this article        by Nikolay Shevchenko Back in the USSR, the KGB wrote a manual …