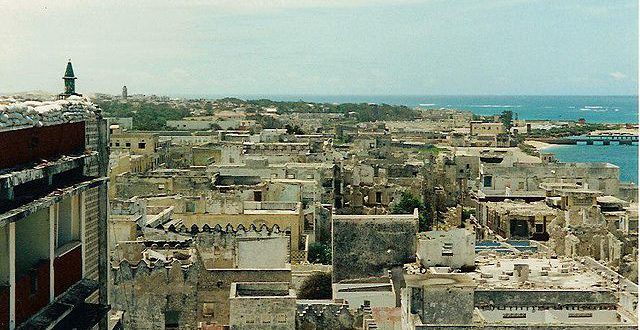 MOGADISHU — The Somali Islamist militant group al-Shabaab has widened its revenue stream beyond its traditional activities, like charging tolls at checkpoints, to illegally taxing properties and construction.

In a new report, made public this month, U.N. experts say the terrorist group is seeking more funds to pay about $1 million per month in salaries to its fighters. The report says despite Somalia’s crackdown on al-Shabaab, the militants are also able to move funds through local and Islamic banks.

A Somali woman who declined to be named for security reasons told VOA that al-Shabaab militants demanded she pay $425 this year in so-called taxes for a house she bought almost three years ago in Mogadishu.

She said a man called her on the phone and summoned her to an al-Shabab court outside Elasha-boyaha, in Lower Shabelle region. She traveled there, and met a crowd of people from Mogadishu who were also summoned by the court. She said nobody dares to defy the group’s orders because people get killed.

The U.N. experts’ report says al-Shabaab in May issued a notice to households of annual charges between $100 and $300 for iron sheet, stone, and multi-story houses. The report says the group also extorts owners of buildings and homes being constructed around Mogadishu at about 25 percent of the value of the development.

VOA spoke to four Mogadishu residents who paid al-Shabaab the illegal property tax between May and July this year, including one who paid an additional $120 fine because of delayed payment.

None of them would give their names out of fear of the militants.

He said there is no doubt that the group gets taxes from the capital and the port, and the government should come up with plans to deal with the issues. People do not pay money to al-Shabaab because they love it, he added, they pay because of fear.

The government needs the confidence of the Somali people because the people know where al-Shabaab gets its income and the companies that are supporting the group, Guled said.

Somalia’s government has warned against paying illegal taxes and fees to al-Shabaab, but Somalis say authorities cannot guarantee their security if they do not pay.

Guled said al-Shabaab has embedded itself within the business sector, making it difficult to isolate it from other traders. Even traders may not know that they trade with al-Shabaab, he added, while others do know it.

Despite government efforts to cut off al-Shabaab’s financing, the U.N. report says the militants can freely move funds through commercial and Islamic banks and payment firms. The report says the Islamist group moves money in amounts slightly less than $10,000 to avoid being flagged by anti-money laundering and terror financing monitors.

The Somali government this week announced it had closed several accounts thought to be operated by al-Shabaab.

Somalia’s Deputy Information Minister Abdirahman al-Adalla spoke Monday at a press conference, saying the government had received more than 10,000 messages from Somalis sharing bank accounts that the militants were using to get money. Al-Adalla said the government directed the banks and remittance firms to block the funded accounts.

Abdullahi Godah Barre, Somalia’s former minister for planning and international cooperation, told VOA the move to shut bank accounts affiliated with al-Shabaab was a step in the right direction. But, he added, those who enable al-Shabaab to use the banks must be prosecuted.

“The employees of the banks must be held accountable. And also, those who are proxies, whose names are used to open accounts, should be prosecuted and face justice. That should be the next step, in my opinion,” Barre said. “But overall, the government’s direction is right, and I think that’s a very important step that they did. But I don’t think it’s enough to achieve significant, tangible results.”

Somalia should also invest more to build the capacity of its investigating agencies to better track the flow of money to the terrorist group, Barre said.