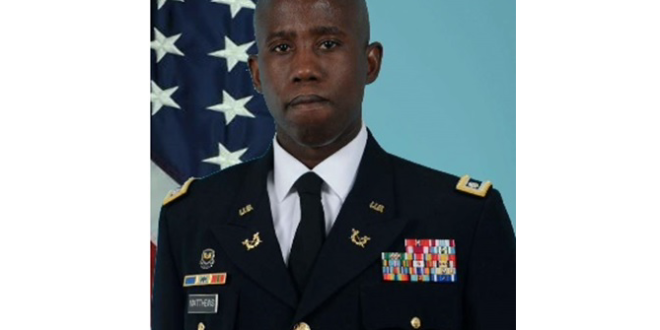 Former DC Guardsman, Col. Earl Matthews, In a 36-page memo, claims the Inspector General lied in an “error-riddled report” to Congress that protects a top Army official who argued against sending the National Guard to the Capitol on Jan. 6, Politico reported based on the report it accessed. Matthews has held high-level National Guard, National Security Council and Pentagon roles. (see full bio below)

He blasted Gen. Charles Flynn, deputy chief of staff for operations on Jan. 6, and Lt. Gen. Walter Piatt, the director of Army staff — as “absolute and unmitigated liars.”

In their capacities, the General’s duty was to anticipate and prepare for the events, but rather

“Every leader in the D.C. Guard wanted to respond and knew they could respond to the riot at the seat of government” before they were given clearance to do so on Jan. 6, Matthews wrote. D.C. guard officials “set [sic] stunned watching in the Armory” during the first hours of the attack on Congress during its certification of the 2020 election results.

To cover their tails as well as other officials, Matthews writes: the “Army has created its own closely held revisionist document about the Capitol riot that’s “worthy of the best Stalinist or North Korea propagandist.”

“The purpose of this memorandum is to outline and detail the myriad inaccuracies, false or misleading statements, or examples of faulty analysis contained in a recent publicly released Department of Defense Inspector General (DoDIG) report of its investigation into the Department of Defense’s actions leading up to and in response to the violent assault on the U.S. Capitol which occurred on 6 January 2021. This memorandum will also detail a series of false and/or misleading statements or documents deliberately made or submitted to the DoDIG and/or to the House Oversight and Reform Committee by senior officers of the United States Army1. This memorandum will conclusively show that at least two general officers of the Army engaged in repeated violations of

“Although written in the third person, the recollections expressed are those of Major General (Retired) William J. Walker, U.S. Army, who served as Commanding General of the District of Columbia National Guard on the date in question, and Colonel Earl G. Matthews, U.S. Army, who then served as his Staff Judge Advocate. This memorandum was drafted primarily by Colonel Matthews with the assistance of current and former D.C. National Guard officers who were continuously with MG Walker during the afternoon and evening of 6 January 2021, or who otherwise supported our response to the attack on the Capitol. This memorandum is drawn from the contemporaneous notes and emails of these soldiers and airmen and from their individual and collective memories.

“Inspector General investigations are usually and appropriately accorded great deference because they are normally unbiased, independent, contain careful analysis of facts and circumstances, and because they make determinations as to the credibility, veracity and biases of particular witnesses, based on the preponderance of the evidence. Unfortunately, the DoDIG report on its investigation into DoD actions leading up to and during the 6 January attack was marked by few of these characteristics.

“The DoDIG report relied heavily on close associates of LTG Walter Piatt and other Army Staff principals and the DoDIG failed to interview numerous District of Columbia National Guard personnel with highly relevant information. The DoDIG Report eventually adopted a narrative formed and developed by LTG Piatt, and his close associates, and is fundamentally flawed as a result.

“The DoDIG report is replete with factual inaccuracies, discrepancies and faulty analysis. It relies on demonstrably false testimony or statements. The focus of this memorandum is on the discrepancies and falsehoods that DoDIG relied on to produce its report. The danger is that if this report, with its glaring errors and wholesale adoption of the Army company line, is accorded the deference typically afforded inspector general investigations, the report will become part of the historical record and a false narrative will have been as adopted fact. Discerning what happened on 6 January is too important to get wrong. If we do not fully comprehend and analyze what occurred on 6 January, the danger is that history will repeat itself. Our collective goal as a government and an American people should be to ensure that what occurred on 6 January does not happen again.

MG Walker’s view is that words matter, accuracy matters and precision matters. All too often the DoDIG Report lacked accuracy and precision.

“A plausible argument can be made that the imprecision and inaccuracy begins with the title of the DoDIG report itself. The report is titled “ Review of the DoD’s Role, Responsibilities, and Actions to Prepare For the Protest and Its Aftermath at the U.S. Capitol Campus on January 6, 2021.”4 However, what occurred at the Capitol on 6 January was no mere “protest,” it was a riot and an assault on our democracy which occurred at the very seat of government. To not call it what it was is to minimize the importance and gravity of what occurred.

The 34 page report gives blow by blow details and concludes:

“Given the glaring deficiencies with respect to the DoD IG investigation, and given that his name was unfairly besmirched, MG Walker requests an independent review of the investigative findings of the DoDIG report and most importantly, the Army Report that was created at LTG Piatt’s direction should be publicly released, independently reviewed and substantiated. The timeline the Army produced should be carefully scrubbed for accuracy. Evidence of the actually planning activities of the Army Staff, and especially of the G3/5/7/ under BG LaNeve and LTG Flynn should be reviewed. What planning and coordination did these individuals actually conduct? How did this planning enable DCNG to support the U.S. Capitol Police on 6 June after the Capitol had been breached? What evidence is there of the planning and support the Army Staff provided to DCNG after the Capitol’s breach and before DCNG deployed to the Capitol after 5PM on January 6, 2021.

Politico reported that Army spokesperson Mike Brady said in a statement that the service’s “actions on January 6th have been well-documented and reported on, and Gen. Flynn and Lt. Gen. Piatt have been open, honest and thorough in their sworn testimony with Congress and DOD investigators.”

“As the Inspector General concluded, actions taken ‘were appropriate, supported by requirements, consistent with the DOD’s roles and responsibilities for DSCA, and compliant with laws, regulations, and other applicable guidance,” Brady added. “We stand by all testimony and facts provided to date, and vigorously reject any allegations to the contrary. However, with the January 6th Commission’s investigation still ongoing, it would be inappropriate to comment further.” Read the full Report.

2. Below is the timeline:

2:14 P.M. – CG Walker told to standby from the Secretary of the Army, Ryan D. McCarthy (McCarthy).

2:15 P.M. – Reports from media outlets that the Capitol has been breached and police overrun from outer perimeter.

2:20 P.M. – CG Walker being advised by the Director of Homeland Security and Emergency Management Agency (HSEMA), Dr. Chris Rodriguez, (Dr. Rodriguez) that windows are being broken out from the Capitol.

2:21 P.M. – CG Walker sent an email to McCarthy updating the situation at the Capitol.

2:41 P.M. – Gen Flynn advised D.C. National Guard to standby until the request has been routed to the McCarthy and Acting Secretary of Defense, Mr. Christopher C. Miller (Miller).

2:42 P.M. – Contee advised over the phone that it sounded like the Department of Defense (DoD) was denying the request to assist Sund’s request for assistance.

2:43 P.M. – Gen Flynn advised that National Guard did not deny request just standby for an action plan and approval.

2:44 P.M. – Sund reporting shots fired inside the Capitol but not confirmed.

2:47 P.M. – Office of the Deputy Mayor advised the Mayor of DC requested assistance from the Virginia National Guard and Maryland National Guard.

2:51 P.M. – Sund advised again that shots were fired but no confirmation.

2:52 P.M. – Sullivan advised he was dispatching Secret Service Uniformed Division Officers to the Capitol to assist.

aa. 3:12 P.M. – Continuity of Operations plan in place for members of Congress.

bb. 3:13 P.M. – Congress being evacuated and going to Fort McNair due to safety concerns but some members of Congress still barricaded in the House Chamber

cc. 3:18 P.M. – Gen Flynn advised to make a plan to start sending Guard units over to assist to but not to the Capitol grounds.

dd. 3:20 P.M. – CG Walker advised that the Mayor of DC reached out to the Governors of Maryland and Virginia

3:25 P.M – Department of Homeland Security to send a liaison officer to Operations Center.

kk. 3:34 P.M. – CG Walker was advised by Chief that the Miller told DC Guard to standby on deployment.

xx. 4:26 P.M. – G3 OD Director – advised that Maryland and Virginia National Guard on standby and getting spun up, also confirmed 6 people injured including one LEO.

yy. 4:29 P.M. – Gen Fylnn advised to possibly set up an outer cordon at the Capitol. CG Walker asked to collapse TCPs and reiterated that 150 D.C. National Guardsmen were at the Armory ready to support the Capitol.

In his civilian capacity, Col Matthews is a Special Assistant to the President for National Security Affairs and the Senior Director for Defense Policy and Strategy on the National Security Council Staff.  He previously served as Principal Deputy General Counsel of the Department of the Army, as a Special Assistant to the Secretary of Defense and as an Assistant General Counsel of the Defense Intelligence Agency, among other positions.

Previous Battle of Mogadishu: Blackhawk Down: Recollections, plus: The untold story
Next Firefighter who wiped his derrière with mandate letter has been vindicated in the courts, but LA tyrants fire 113 without pay